"With dances and songs near the narrow-gauge railroad tracks" 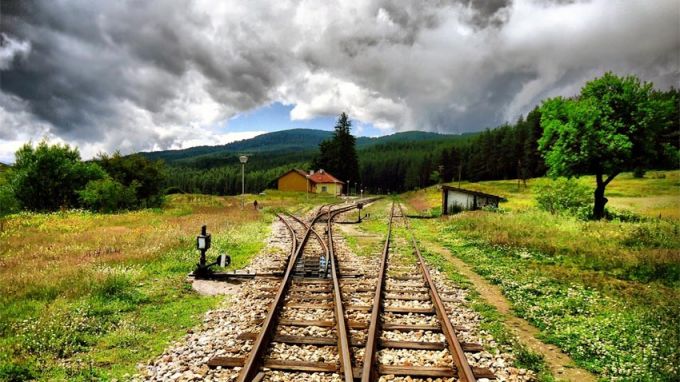 The green fields around Avramovo Station - the highest-altitude railway station in the Balkans - will soon become the venue of a new folklore fair called “Near the Narrow-Gauge Railroad Line” (“Krai tesnolineikata”). The event will take place this Sunday (August 12th), as the initiator and main organizer is the Citizens' Association called "For the Narrow-gauge Train". Those who follow the country's news flow probably remember how five years ago an 18-year-old boy began a battle with the institutions trying to save the September-Dobrinishte narrow gauge railroad. This put the start to a civil movement to preserve and popularize the narrow-gauge, as well as to develop its tourist potential. Kristian Vaklinov – who was then a teenager, founder and chairman of the association "For the Narrow-Gauge Line", says:

“The basic idea is to save the narrow-gauge railroad line – this real treasure that we have. I believe that the popularization of its history is igniting more and more people about the cause. I have been traveling on this line as a tourist myself for nine years now and have learned a lot. Its construction began in 1921, but the project to connect the Septemvri station to the Velingrad region started earlier in 1916. The work was carried out in stages until 9 December 1945, when the last stretch from Bansko to Dobrinishte was opened. The initial plan was to extend it to reach the Aegean coast, but this did not happen. Within the space of these 5 hours and a route of 125 km, the railroad passes through incredible natural and historical landmarks. Technically, the line is attractive with the "sixs" and "eighths" it delineates, overcoming the mountainous relief. From the starting point to Avramovo Station there is a displacement of over 1000 metres. As far as I know, it is unique in the world. Avramovo is situated at 1267 metres above sea level. Another unique characteristic of this line is that it actually connects three ethno-cultural areas - Thrace, the Rhodopes and Pirin. This 5-hour journey is a meeting place of different destinies, lifestyles and cultures. I am happy that more and more people are starting to appreciate this wealth”. Avramovo is a small mountain village situated on a hill on one side of the station, with the village of Pashovi on the other side. The railroad station lies perched in the middle of the meadows between the two villages and this is the center of the Avramovo saddle. There is a magnificent view of the rocky peaks of the mountain hills. If this turns into a tradition, as the organizers intend to do, there will be plenty of room for the performers and the audience, as well as for the travelling merchants who move with fairs and festivals, offering people food, handmade items and what not. Kristian says they have organized a few holidays around the narrow-gauge railroad line in order to motivate people to travel with it and to see the beautiful natural scenery in this area. In support of the same cause will also be the forthcoming folklore fair which will feature activities throughout Sunday. “We expect to welcome many guests and the performers will be from all over the country”, says the enthusiastic young man. “We organize the fair with the support of the municipalities of Velingrad and Yakoruda, as well as the Bulgarian State Railways. Apart from these municipalities, we expect many amateurs from the towns and villages through which the line passes, as well as participants from community cultural centres and dance clubs in Blagoevgrad, Plovdiv, Krumovgrad, Asenovgrad, Peshtera, Pazardzhik, Razlog, we will have bag pipe players from Peshtera, Smolyan ... It will be colourful and the narrow gauge will be in the limelight”.

Kristian says he feels a great deal of satisfaction and happiness from what he has done for the popularization of Bulgaria’s only narrow-gauge line. His personal example has inspired many people to find the zeal to fight injustice in different spheres of life.

“Many of the young people in Bulgaria have no great hopes for the future, they are disillusioned. This also applies to the generation of our parents. Realizing that I am influencing people to believe that they are able to change the world around them, I work with greater inspiration and more actively in this direction. The fact that so many performers agreed to participate in the festival comes as a proof that our cause is really significant to many people”, says Kristian Vaklinov. 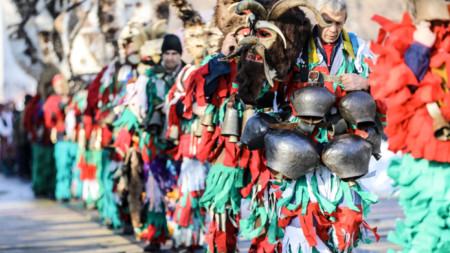