Foods of the future to become more dependent on science The climate changes and the rapid growth of the world population pose another challenge to scientists– how to solve the problem of feeding mankind.

In my view, we can’t speak of a revolutionary change, because the evolution of nutrition took long periods of time, engineer Ivaila Sopotenska, a PhD student at the University of Food Technology and journalist in ScienceOFFNews web site told Radio Bulgaria. We will definitely witness change in nutrition, because the climate, the arable lands and the human taste are constantly changing. Moreover, the population is growing rapidly. Perhaps, it will be a matter of adaptation – how well we will be prepared to survive in a future where food will be different.

The plant proteins in peas, soybeans and other foods can solve some of the future problems related to feeding. That is why the scientists are trying to extract the proteins from the beans and use them for the manufacture of various foods. For example, Ivaila Sopotenska made an ice-cream from pea protein at the Sofia Science Festival. Some genetically-modified plants are also source of protein-what is their future?

The food of the future will not be less tasty than the food we consume now. It will not look like a pill full of nutrients either. Nutrition has a very important cultural significance and communication is part of this process. That is why its role will not disappear in the future.

Of course, we will have to change our attitude towards food in the future, because probably it will not be the same as we know it today. However, I believe that when people are aware of the scientific aspects, they will not be susceptible to manipulation so easily, engineer Ivaila Sopotenska contends.

The future scientists are likely to open more often their laboratories to visitors and explain the benefits of their inventions, so that people can get rid of their fears and mistrust. 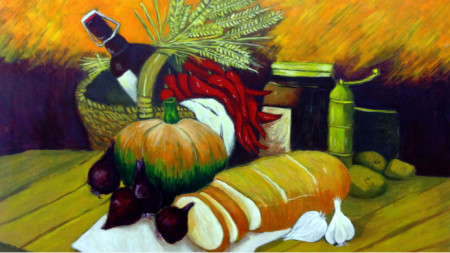 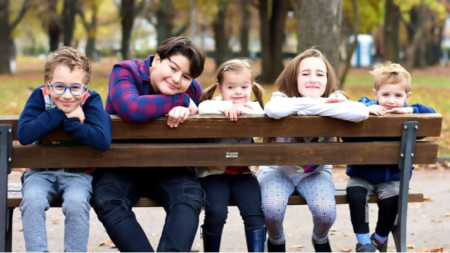 Plamen Boychev, an art school teacher from Veliko Turnovo mounted an exhibition of his works at the Rafael Mihaylov art gallery in the city...