The veto imposed by President Rumen Radev on the recent amendments to the model of financing of political parties is a challenge to the political forces represented in parliament which will have to confirm or retreat from the positions they hold on the matter. Yet one thing is clear even before the veto is put to discussion at the National Assembly – this time there will be no abstainers.

In his motives, the President is not contesting the drastic reduction of the state subsidy for political parties – from 5.62 euro (11 Leva) to 0.51 euro (1 Lev) per vote won. The motives for the presidential veto are that the amendments allow the financing of political parties by donations from legal entities and sole proprietors. President Radev says that this financing makes the political formations dependent, creating an environment favourable to corruption, and that it undermines the constitutional foundations of Bulgarian democracy, substituting the constitutional model of the political system without changes to the constitution of the country.

The ruling GERB party laconically stated that its MPs would vote against the veto. The Movement for Rights and Freedoms, DPS, challenged the president’s reasoning, stating that the new model of financing had been in force up till 2005 without having been described as unconstitutional. Still, the DPS says the president is entitled to an opinion of his own on the matter. The National Front for the Salvation of Bulgaria, NFSB, is against the veto, its leader Valery Simeonov announced. Accepting the veto would deprive small parties of sources of financing, dooming them to a “slow death”, he says. Another thing Simeonov does not agree with the President on is that the financing of parties by private individuals makes them dependent. The VMRO says it will support the presidential veto, but adds it is disappointed that he has not contested the drastic reduction of state subsidies for parties from 11 Leva to 1 Lev per vote won. According to the VMRO, slashing the subsidy demonstrates an intention to make the political system in the country difficult to predict. The Bulgarian Socialist Party, BSP, is standing its ground - firmly “against”, and will support the veto of the President.

The preliminary political statements on the matter paint an unusual picture. At the beginning of July it was only the MPs from GERB, DPS, Ataka and Volya that voted “for” the amendments. The BSP voted “against”, the NFSB and VMRO abstained. Two weeks later it is evident there will be no abstainers as regards the presidential veto - the NFSB will be “against” and the VMRO – “for”. Amidst the infighting inside the United Patriots junior coalition, of which these two political forces are members along with Ataka, the fact that the NFSB and VMRO will vote differently is an unusual thing. But it would even more unusual if we were to see the NFSB vote the same way as Ataka party because of the long standing strained relations between the two.

As summer recess approaches the division lines on the presidential veto are hardly likely to foster any political tensions among the political forces. Yet such tensions are certain to emerge in the latter half of September, when the new political season will kick off with the campaign for local elections. 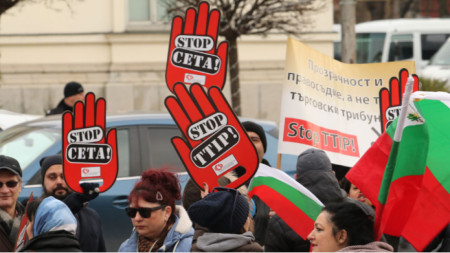