Director Dimitar Shopov: "Cinema needs real personalities, no matter if you met them in the street by chance" Dimitar Shopov is among the authors featured in this year's project of SARIEV Gallery, called "Young Plovdiv Authors". This way the gallery presents contemporary art trends. Within the framework of the project, director and screenwriter Dimitar Shopov presented the one-hour film "3d DOGS" The film brings viewers back in time, intertwining the lives of today's children and their games with those of their grandparents. No professional actors take part in the film. The director says the film is a fact thanks to his good friends who have fantastic children.

“Interesting ideas are born spontaneously and unexpectedly,” Dimitar Shopov says. “I have never imagined that I would shoot a movie with children; I find it quite hard, given that we do everything ourselves. I'm not a director who feels like being part of the guild. In my opinion, cinema needs personalities, complete people, and it does not matter if you met them in the street. Sometimes I see a person and I know that they are the one suitable to play a certain character. My way of doing cinema resembles well-improvised chaos and I do not rely heavily on rehearsal or script. I trusted the people I met by chance in the village where we were shooting.”

The idea was born while Dimitar Shopov studied at NBU and Professor Georgi Dyulgerov, in order to get to know his students, asked them to reveal an interesting story of their lives. The famous Bulgarian director found Shopov’s story worthy of being turned into a movie.

The film was shot in Mandritsa, the only Albanian village in Bulgaria, founded in 1636 by Christians from Albania. Why did director Dimitar Shopov choose the region of Ivaylovgrad to shoot his film?

”The village of Mandritsa and especially the Eastern Rhodopes are unique places. In Bulgaria there are many places where we say time has stopped and they are very beautiful. I personally do not think that everything is frozen in them because some people choose to stay and live in these places. To me Mandritsa is such a village. It reminds me of my childhood and I feel it close to my heart.”

It is no secret that the population of Mandritsa these days consists mostly of elderly people. Locals speak their authentic language - an archaic version of Albanian, preserved since the time their grandfathers settled in these lands in the 17th century. Ghostly silhouettes of 2-3 storey houses with wrought-iron balconies are a reminder of past splendor and a thriving life. In the past Mandritsa used to be a large and lively settlement with its well-developed livelihood – dairy farms. Today, young people have taken the task to revive the village by developing rural and eco-tourism.

“Each film has its own message and story,” the director says. “3d DOGS is dedicated to those people who stayed in Bulgaria and one of the messages is towards the children who chose to live here. All of us were children once and I am sure that at this age we were already beginning to make our choices in life. We make the choice every day. I can't imagine living anywhere else. Bulgaria is a country that has suffered a lot, but this is my land, this is my country and I would not replace it.’ 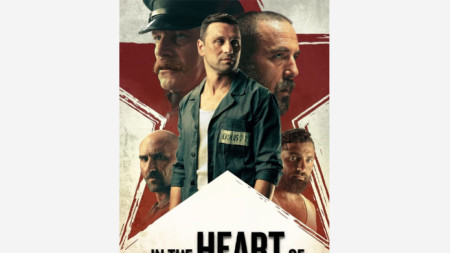