Boyko Borissov: Bulgaria seeks balance in its relations with Russia through deterrence and dialogue “Crimea is to the left of the Black Sea, Istanbul is to the right and Kosovo is behind us. So, the principle I am upholding and fortunately our colleague Stoltenberg upholds as well is defense and deterrence. That is why we arm ourselves- to be strong and able to fend off any aspirations for our territory or our alliance. Second point- dialogue with Russia. That is why I have been working so actively for the joint project for Belene nuclear power plant and the Balkan Stream. The White House, NATO and the EU know this. This is the balance, which allows Bulgaria to play a key role in the region and in the Black Sea,” Bulgaria’s Premier Boyko Borissov said in Brussels after the meeting with the NATO Secretary General Jens Stoltenberg. In return, Jens Stoltenberg praised Bulgaria that in 2019 it has spent 3.25% of its gross domestic product on defense. NATO’s Secretary General also emphasized Bulgaria’s role in the resolution of the dispute between North Macedonia and Greece, which enabled Bulgaria’s western neighbor to receive invitation for NATO membership. Since January 1, when Russian gas sales to Turkey and Europe started, the Turkish Stream pipeline has delivered 1 billion cubic meters of gas. About 54% of this volume was aimed for the Turkish market, and about 46% was delivered to the.. The Prosecutor's Office of the Republic of Bulgaria found data on a high degree of probability of President Rumen Radev's involvement in criminal activity, the press center of the institution has announced. The announcement made it clear that.. 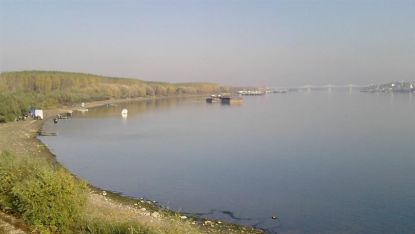 A single-barge pusher ship stranded due to low water levels in the 564-kilometer area of ​​the Danube River near the Bulgarian city of Belene is temporarily blocking shipping on the river. As a result of the incident, 15 other ships were stopped.. The incidence of flu in Bulgaria has reached 227 per 10,000. An epidemic has been declared in one-third of the regions in the country , said chief..

Police use pepper spray on protesters against water crisis in Pernik

Protestors against the water crisis in the town of Pernik attempted to storm the building of the Ministry of Regional Development and Public Works in..

In Poland, together with politicians from all over the world, Bulgarian PM Boyko Borissov commemorated the victims of the Holocaust. Boyko..