Sofia’s cultural life has been focusing in the recent weeks on artist Lika Yanko. The exhibition halls of Loran and Contrast galleries included in their expositions some of her popular works of art, as well as entirely unknown works. The National Gallery Kvadrat 500 (Square 500) presents until February 9, 2020 some of Lika Yanko’s little known paintings through multimedia technologies and special illumination. The premiere of the book “Lika Yanko. Communication with the Scared” by art historian Krasimir Iliev was also part of the events. This is the second book dedicated to the popular Bulgarian artist after Professor Dimitar Avramov’s monography

The more we write about an author, the more points of view we have about their art, Krasimir Iliev explains. Professor Avramov’s research is undoubtedly very valuable, but he does not place her works of art in chronological order, which is important, in order to learn more about her development as an artist. Professor Avramov knew personally Lika Yanko and had much more anchor points. In his research, he writes that Lika Yanko joined the National Academy of Arts in 1946, but actually this happened in 1945. This difference is of big importance, because this period was very dramatic for Bulgaria’s fine art when the Professors and their students were subject to ideological pressure to adapt their works of art to fit into the canons of the socialist realism. Those who opposed the pressure and the ideological frameworks stood out.

Evangelia Grabova (Lika Yanko) was a daughter of immigrants from Albania. Lika Yankov’s Albanian descent helped her look different and be independent, Krasimir Iliev says. In his view, Lika Yanko’s artistic career could be hardly divided into different periods, because she herself liked to experiment and was constantly searching for her role ever since her earliest creative years. Until the 1960s, she was still an unfinished artist and she painted what she saw. Her artistic career went in a certain direction after her trips in the Rhodopes and the coastal town of Sozopol where she was drawing mainly landscapes. In 1964, she began painting multicolored and abstract works, collages, and the so-called assemblage with accidentally found items such as nuts, strings, wire, washes. Being an alumnus of the French College Saint Joseph in Sofia, Lika Yanko had access to the library of Alliance Française and was able to follow all events and developments in Europe in this field, including the works of the American impressionists. During that period, her works of art were influenced from European and American art. Until 1967 when she made her first own exhibition she was still in the midst of creative pursuit. When her exhibition was closed on the seventh day since it was unveiled, Lika Yanko got rid of all norms and influences and started to walk her own road and paint with her imagination, Krasimir Iliev explains.

The Bulgarian artists were taught that the canvas must be filled in and that no white coat of paint must be left. Lika Yanko did exactly the opposite- she overlays white gypsum layers over the canvas and makes collages. She leaves the painting and begins to make contours and spell her name with a rope as if she wants to say: You tried to tie me up, but I will show you how free I am. Through her works of art, which are not subject to universal trends in visual arts, Lika Yanko says that she follows her path, which is entirely different from that of other artists. She applies little stones, seashells, pieces of glass and beads and makes her work of art through the collage, not through her brush. She chose her path, which is far from what eyes can see and is excited about topics related to the creation of the world and the presence of the invisible and the divine in peoples’ feelings and thoughts. She takes the plots to a different world, to her own world. 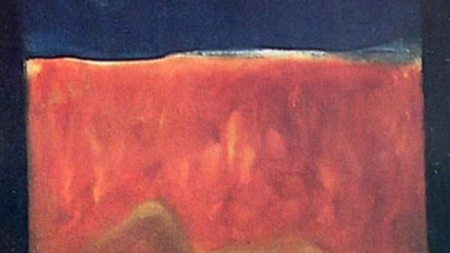