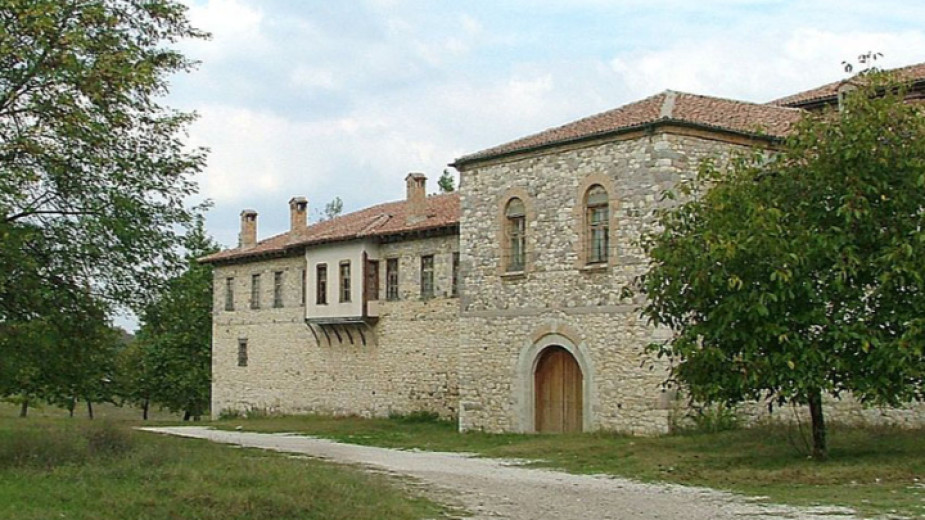 The Arapovo Monastery of Saint Nedelya located southeast of the town of Asenovgrad is the only Bulgarian monastery built during the Ottoman rule. In the period of Bulgaria’s National Revival, it played an important role in the spiritual and cultural awakening of the Bulgarian nation.

The monastery came to life in 1856 when a monastic dormitory was created near the gushing holy spring in the area, called in Bulgarian “ayazmo”. The construction of the monastery complex lasted several years and ended in 1859. Contributing to this deed was Archimandrite Sophronius, who became the first abbot of the newly created monastery. The chief master builder was Stoyan Buradzhitski (aka Usta Stoyu) from the village of Yogovo as the Plovdiv-based Bulgarian Church Municipality which was formed in the late 1850s during the national and church struggle for Bulgarian independence also played a role in the construction.

“In 1867 a Bulgarian school was opened in the Arapovo Monastery”, explains the monastery's acting abbot, Father Dobromir Kostov. “It had prominent enlightenment figures involved in the National Liberation Movement as teachers. According to the newspaper “Macedonia” published in Tsarigrad in this period, 60 children from the surrounding villages and about 40 poor children from Plovdiv were studying at the monastery at that time. In 1872, the Metropolitan of Plovdiv Panaret, who was also the first Bulgarian bishop appointed by the Bulgarian Exarchate, emphasized in a speech he gave that the great role of the Arapovo Monastery in the preservation of the Orthodox faith and the Bulgarian identity was its educational activity. It had a beneficial effect on the local population and helped people withstand pagan customs and superstitions. At that time, a printing workshop began to operate in the monastery, in which icons and lithographs were printed, some of them reaching as far as the towns of Prilep and Veles in Macedonia. Although it emerged late in the Bulgarian Revival period, the Arapovo Monastery of Saint Nedelya occupied a significant place in the three major lines of the Bulgarian Renaissance – new Bulgarian education, church independence, national liberation”.

The construction of the monastery church dedicated to the Holy Martyr Nedelya lasted three years from 1856 to 1859, and its iconography was completed in 1864. The mural decoration was started by the National Revival Period painter Alexi Atanasov from the town of Stanimaka (present-day Asenovgrad), together with his disciple, the future great Revival Period painter and photographer, Georgi Danchov aka Zografina from the town of Chirpan. In the central part of the church, also known as the naos, one can see over 150 scenes from the life of Jesus Christ, Virgin Mary and many saints related to Bulgarian history. Other scenes depict Saint Petka Paraskeva, Saint John of Rila, and also the sufferings of the patron saint of the Holy Monastery – Holy Martyr Nedelya.

“The chief iconographer Georgi Danchov, imbued with high patriotic feelings, looks back at Bulgarian history and creates for the first time in Bulgaria a whole series of scenes depicting the praiseworthy deed of the creators of the Slavic alphabet, the brothers Cyril and Methodius”,  Father Dobromir goes on to say. “Scenes from their lives showing how they are preaching among the people and baptize the Holy Prince Boris, in the presence of all noblemen and his sons, are recreated by the painter also in the chapel of the monastery holy spring erected in 1859.

There he also painted the disciples of the holy brethren - Kliment, Naum, Gorazd, Sava, and Angelarius. Recalling the glorious times in which Bulgarians had their kingdom and church, their literature and culture, the desire of icon painters was to awaken the national consciousness of the Bulgarian people. Moreover, the Arapovo Monastery rises in close proximity to Stanimaka, present-day Asenovgrad, which was one of the active centres of the Greek influence at the time”. One can also see a three-storey residential tower in the monastery's yard, intended to give shelter to the monks and the inhabitants of the monastery in the turbulent times when Bulgaria was under the Ottoman rule. For this reason, the first two floors are made of stone masonry, as there are loopholes for self-defence cut into the stone on the first floor. The third floor is designed as a dwelling as its architecture is typical of the 19th century. On its northern outer wall, a mural depicts the victory of the biblical hero Samson over the lion. Through this allegory of the biblical legend, the author of the composition wanted to give confidence to the Bulgarian people against their oppressors. The defence structure is known by the name of the Tower of Angel Voivode, since the funds for its construction were donated precisely by the champion of the people, Angel Voivode, who operated with his band of haiduks in the area and guarded the Rhodope Mountains from the Ottomans until 1860. 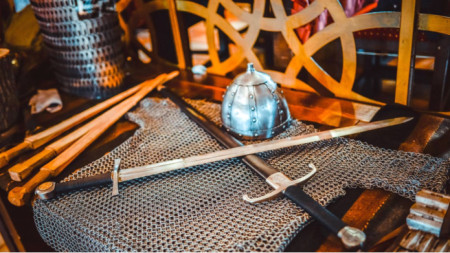 The Bulgarian history leaves the textbooks and takes us back to a medieval castle where everything learned in the classrooms is experienced through different roles – soldiers fight with knights, boyars discuss state affairs and peasants knead.. 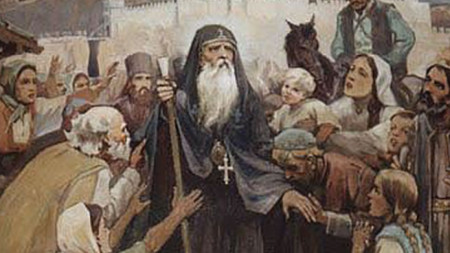 On January 20 th the Bulgarian Orthodox Church honours Saint Euthymius, Patriarch of Turnovo. Born around the year 1327, at a very early age Euthymius became a monk at Kilifarevo monastery, a literary hub of major importance to Medieval.. 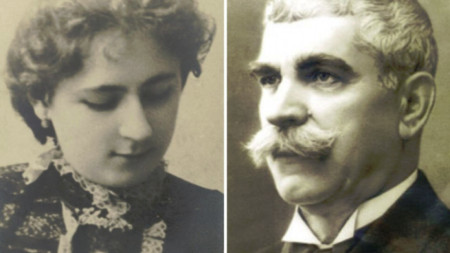 Valuable documents connected with the relationship between the patriarch of Bulgarian literature Ivan Vazov and his muse – writer, translator and public figure Evgeniya Mars have been handed over to the Archives State Agency. They include 106 letters, 40.. On January 20 th the Bulgarian Orthodox Church honours Saint Euthymius, Patriarch of Turnovo. Born around the year 1327, at a very early age..

The Bulgarian history leaves the textbooks and takes us back to a medieval castle where everything learned in the classrooms is experienced..