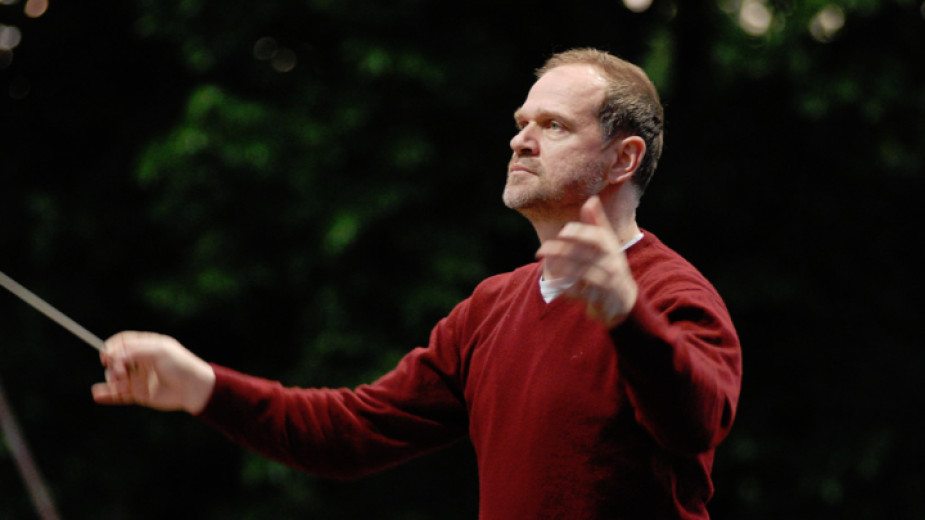 А professor of opera conduciting at the University of Music and Performing Arts in Vienna (Universität für Musik und darstellende Kunst Wien), first guest conductor at Opera na Zamku (Szczecin, Poland), a regular participant in the International Opera Music Festival at Sigulda Castle (Latvia)… Vladimir Kiradjiev's musical travels go through Bulgaria for many years, where he was born and where in the 1980s he received his education in composition, orchestral and choral conducting at the Pancho Vladigeroff National Academy of Music. As a student he also studied in master courses with Kurt Masur, Franco Ferrara and Karl Osterreicher who invited him to Vienna for postgraduate qualification. Since then, Vladimir and his family have been living in the Austrian capital. Our conversation begins with his university years and what he learned in our homeland.

"Musicians of my generation were fortunate enough to complete a very good education in Bulgaria”, Vladimir Kiradjiev explains. “I do not know what the situation now is because I have no observation on modern education, but all of us who do not live permanently in Bulgaria brought a very serious professional training abroad. Starting with theoretical subjects, specialty classes, working with the Academic Symphony Orchestra... Then I started working at the Educational Opera Theater in Sliven, conducting works that the current students can only dream of - Madama Butterfly, The Merry Wives of Windsor, Il Seraglio... Nowhere in the world are such works entrusted to very young conductors. This was a huge chance for me - I mastered the whole "craft" here. When I went to Vienna, I could conduct everything. I left on June 11, 1990. Only a day before that, the first democratic elections in Bulgaria were held and I was even a member of a voting committee. I realized that in this political turmoil, art would be subjected to re-evaluation for a long time, it would go into the background. I chose to be where the arts are appreciated. I found myself among incredible professionals, people dedicated to music. I had to start walking at their pace very quickly. I developed as a musician precisely because of the demanding environment in which you have to be at the highest level. From the very beginning, I travelled extensively as a guest conductor - to Poland, later to Russia. For a long time I was the chief conductor of the Philharmonic in Rzeszow, Poland. Before that, I started teaching at the Academy in Vienna.

In the last years I have been teaching opera conducting, before that I have long taught theoretical subjects, reading scores for conductors. Among my students were Nayden Todorov, Kiril Petrenko and Petr Popelka.”

Vladimir Kiradjiev has performed and recorded with a number of symphony orchestras throughout Europe, as well as in Japan, China, South America ... In January he conducted a concert of the Sofia Philharmonic Orchestra. He has other appearances as an orchestra conductor, but says he has "shifted his focus" elsewhere.

"In recent years I have specialized mainly in opera. I continue to believe that the conductor's function is very responsible and cannot be compared to other forms of music playing. I love working with singers, though many of my colleagues find them strange people who don't breathe where you want them to, who change the tempo, lengthen the tones in unexpected places ... For me, opera is what a conductor achieves as a skill after his 40th birthday.

Every year I conduct at the International Opera Music Festival at Sigulda Castle in Latvia. The festival has been in existence for over 30 years, I have been a part of it for over 25. I started working with Anna Netrebko at the very beginning when she came from the Mariinsky Theater. We did the Barber of Seville, Il Seraglio, later Elīna Garanča got involved. I work with wonderful singers from the world stages - Olga Peretyatko, Asmik Grigorian, Marcelo Álvarez, Maija Kovalevska, Kamen Chanev, and this year also with Tanya Ivanova. I love working with Bulgarian orchestras and soloists. I am glad to see how the Philharmonic, the Bulgarian National Radio Symphony Orchestra, and some opera orchestras are run by good conductors who manage with the little money they receive to make a good program, to include works that develop the group and maintain a good working atmosphere. Such orchestras in Bulgaria do incredible things”, Vladimir Kiradjiev believes. 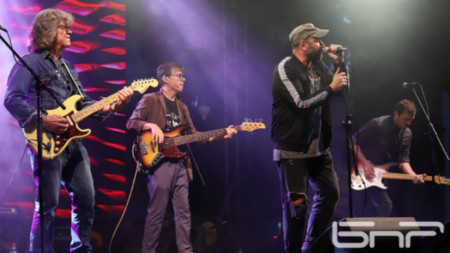 "If I see just a drop of love in a big world, I will turn it into a warm ocean…" These are the opening lyrics of "Let it shine” - a song about the light in human souls and supreme love whose symbol is the sun. The text tells how the sun has..

The renowned musician, percussionist, lecturer and composer Hristo Yotsov, who has dozens of author’s projects, came up with the idea about the new music project named “YoYo”. This time, however, Yotsov decided to present a music created by..

On the festive Day of Sofia for all the citizens of the Bulgaria capital city, we remind you a song that has become a real hit over the years – “Vyara, Nadezha, Lyubov” (Faith, Hope, Love). As known, on September 17 the Bulgarian Orthodox..

"If I see just a drop of love in a big world, I will turn it into a warm ocean…" These are the opening lyrics of "Let it shine” - a song about..