Petar Krumov:Look at Dobrudja Plain and you will realize that it is worth working for its infinity A life dedicated to traditional Dobrudja music. These words most precisely determine the creative contribution of the renowned Bulgarian composer and conductor Petar Krumov. His dedication to the Dobrudja heritage is proven by the authorship of a series of remakes, pieces for chamber ensembles, orchestral pieces, ensemble pieces for music and dance plays, etc.

Many of them were included in the music repertoire of Dobrudja Ensemble (from the town of Dobrich, Northeast Bulgaria) headed by Petar Krumov for 25 years between 1957 and 1982. Hundreds of recordings were made in Radio Varna under his conductorship. Nearly 500 of his compositions are kept at the Bulgarian National Radio’s collection of records.

Petar Krumov has a series of publications in the field of music criticism and historiography as well. Some of his most popular author’s books are: “Dobrudja performers in front of the microphone”, “My Dobrudja”, “Tete-a-tete with…”, “The heritage”. The music collections “Folklore songs from Dobrich, Dobrudja and Silistra regions”, “Stamatka Kirilova – 100 songs from North Dobrudja”, “Maria Raykova-songs from Shumen region” include songs with a guide to their stylistic background, as well as scientific research on the music material.

The folk song came into my life relatively late, but stayed there forever, Petar Krumov says and adds:

I was an ardent fan of classical music and even played in a symphony orchestra in the town of Dobrich until I started my fourth year at the National Music Academy in Sofia where I studied choral conducting in the classes of Professor Georgi Dimitrov. Just like all students who studied conductorship, I attended a compulsory internship at the Philip Koutev National Folklore Ensemble. Thus, I started to work with Bulgarian folklore. I am proud of this and I don’t regret making this choice at all.

I have been working at Dobrudja Folklore Ensemble for exactly 25 years which turned from an amateur instrumental and dance formation into a professional ensemble. It has had many achievements over the years. The ensemble owes part of its success to the Bulgarian National Radio. Some of our impresarios who listened to our recordings offered us to make concert tours abroad. One of my main tasks was to make sure that part of the music repertoire (songs and instrumentals) is from the Dobrudja region. The 25 years I spent in Dobrudja Ensemble were a period of constant progress and improvement. I started collecting songs when I left the ensemble. I realized that I had missed instrumental music and my greatest desire now is to fill this gap. This is the music of the Dobrudja dances sborenka, opas, pandalash, ruchenik which are typical of our area. I organized several competitions for young people who are now making their first steps in the folklore field. One of the folk competitions is named after the celebrated Bulgarian singer Ivan Georgiev. I also organized the festival Dobrudja folklore days which has been held in the past 5 years.

I wrote in my last book “My Dobrudja” that although I was born in another town I still live in Dobrich. When I came here for the first time I did not know that I would devote my entire life to the folklore of this area. When I was sinking in this incredible atmosphere I told myself: Look at this plain, look at the vastness that stretches before you and you will realize that it is worth working for its infinity. 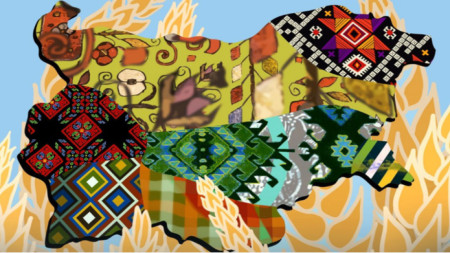