Nayo Titzin: "The world will come out as a better place after the crisis"

Anyone who has followed at least part of the Master of Art program has had the opportunity to see some of the best achievements in documentary filmmaking from around the world. This is a fact that has turned this festival into one of the most beloved and expected cultural events in Bulgaria. Master of Art is one of the few forums in the world dedicated to documentaries on art. The motto of the forthcoming fifth edition is "Embrace Art".

"And stay at home," Nayo Titzin, the festival's creator and artistic director adds. During an online press conference, he announced that the upcoming fifth edition would be held in "a dual format".

"In critical situations such as the current one, it is very important to be flexible, innovative and to find new approaches to move forward," Nayo Titzin said in an interview with Radio Bulgaria. “There will be two editions this year. One will be held online on the previously announced dates (April 9-30) via the neterra.tv platform – Internet TV for Bulgarians abroad. The full, ‘analog edition’ will be held in September (1 to 24). As usual, the films will then be shown in cinemas and art theaters in Plovdiv, Sofia and Varna. Fans of documentary art can now see over 25 feature films and 14 short films. And in September, over 75 films will be screened. So, those who will see the online festival edition will have plenty more to watch in September.”

“I created this festival because I did not want to preserve what I saw at the world film forums just for myself, and I wanted other people to see it, too. In that sense, I would be very glad if people watch the movie about Jørn Utzon - the architect of the Sydney Opera House, an extremely interesting person. At the age of 37, he won the competition with his project, but that chance became his curse later. Another story that impressed me because of the highly-aesthetic way it was presented is a Swiss documentary, which tells the story of the chair as piece of furniture from the early 19th century to the present day.

It should be pointed out that two Bulgarian documentaries will have their premieres online. One is Lucifer, directed by Maria Nikolova, telling the story of the most expensive work in the National Gallery in Sofia – the painting by Franz von Stuck. Lucifer is a painting purchased by Tsar Ferdinand and brought to Bulgaria in the late 19th century. This is a unique chance to watch a wonderful art film and when permitted to go to the gallery and see the painting."

In the current situation, it was impossible not to ask Mr. Titzin about his opinion on restrictive measures.

"It is a matter of responsibility and culture for me to respect these measures. People around the world are thinking that this cannot affect them, which is a manifestation of great ignorance. At the moment, the question is not whether we like certain governing or not. The whole world is facing an invisible threat and one of the weapons is prevention. I support early restrictive measures in Bulgaria, so that we do not follow the example of countries that have missed valuable time. A month after the diagnosis of the first infected patient in Bulgaria we can see that the figures are not so scary.”

“I think the world will come out as a better place after the crisis. This has always been the case after major disasters. This is also the idea of ​​our online edition‘Stay at Home, Embrace Art.’ Now is the time to remember and appreciate the important things in life and try to part with the less important ones. Art, love, nature - these are things we cannot do without. These days we have been reading books, listening to music, watching movies. And we're cooking! This is art, too. It is no coincidence that we have the category Culinary Arts in the festival.

During the online edition people can watch a wonderful documentary about an American dream come true ‘Buried Seeds - The Life Journey of Chef Vikas Khanna’. Born with a disability, Vikas is the only Indian with a Michelin star. When he was young, his mother encouraged him with the words: ‘You were not born to walk, you were born to fly!’ And he flew to New York and after a short time opened his own restaurant and won fame. This film shows that anything is possible. The pursuit of dreams will once again be people’s goal after this crisis is over.”

We need to add an important detail– the online festival is held only in Bulgaria and tickets can be purchased online at a price of 10 BGN for all films. In the full edition, the Master Pass already purchased by viewers will be valid also for the new dates of screenings without re-certification. 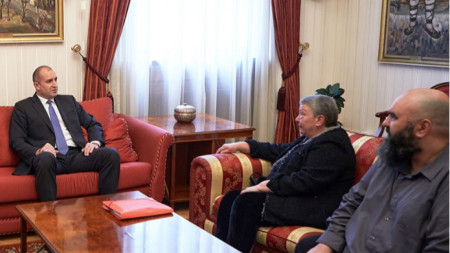 Independent artists in Bulgaria file petition to save their sector

Cultural figures are of great importance for the national identity and spirit and the state must show that it values them in times of crisis, Bulgaria’s President Rumen Radev said during a meeting with representatives of the independent artists in.. 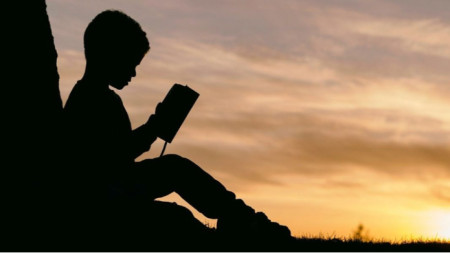 In addition to being the day of children, June 1 st also marks the beginning of carefree holiday months for the youngest pupils in Bulgaria - those from the 1 st to the 3 rd grade. And while the games completely fill their minds after the end of..

Independent artists in Bulgaria file petition to save their sector

Cultural figures are of great importance for the national identity and spirit and the state must show that it values them in times of crisis, Bulgaria’s..