The sacred language of icons... 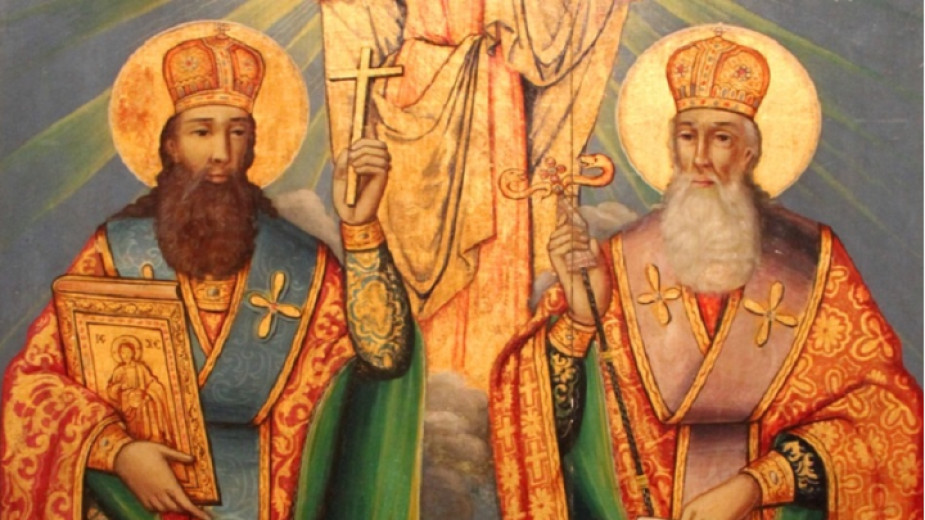 It is no coincidence that the first preserved images of the Holy Apostles Cyril and Methodius, whose work the church honors on May 11, come from the heart of Europe. It was in Rome where the brothers from Thessalonica carried out their cultural revolution, destroying the myth of just 3 sacred languages ​​for preaching the New Testament (Latin, Greek and Hebrew) and paving the way for Christian education not only for the Slavs, but for all medieval peoples. That is why icons show them as missionaries and educators, holding a scroll with the alphabet they created. Standing in front of any icon, we pray rather than think of the symbols that the painter has encoded in his work. But the world of Orthodox iconography is vast and nothing is placed in an icon by chance.Each element enriches the church's account of the saints or of an event.

"The icon emerged in the first centuries as a desire to preserve the image of a saint,” says Dr. Zlatina Karavalcheva from the “Dveri” Center for Educational Initiatives. “People traveled hundreds of kilometers to meet them and on their return took their image, depicted in the earliest icons. Over time, the commemorative element gave way to the icon becoming a theological narrative. Icon painters follow this tradition, but they also add something from themselves.”

The eyes of the saint are what usually attract our attention when seeing an icon. But in addition to the visual aspect, the image also conveys its message at an unconscious level. "The icon curbs religious fantasy, which, according to Orthodox teaching, needs to be cleansed so that people do not fall into extreme mystical states," Zlatina Karavalcheva says. “The main liturgical function of the icon, in addition to telling about the various evangelical events, is educational and relates to prayer. It makes the believer's mind more disciplined and helps them have a more focused conversation with God. ”

But what is the language hidden behind the visible forms, which breathes life into the icon?

"All saints, as well as Christ and the Holy Mother of God, are depicted in full face," Zlatina Karavalcheva replied. “When a person stands in front of Christ, their goal is to reveal the fullness of their personality, as well as to discover the image of God in them. The halo is a sign of the Divine grace, which is light, peace, joy that these holy people depicted on the icons have become partakers of Christ. This is possible only through His grace.”

Open space is another important element of the icon's language - all events are depicted in the outdoor to emphasize their general accessibility. In order to show that the event actually took place in a room, icon painters put a small curtain in the background. They also do not use shadows and thus emphasize that the light source springs from the depicted saint.

In classical icons, Christ is depicted wearing a red garment as the color symbolizes his divine nature. However, his robe is blue like human nature - to show He is like us in everything except sin. When the Mother of God is depicted her undergarment is blue and the cloak is red. This means that the Mother of God is human like all of us, but extremely pure, and at the same time clothed in grace.

"Not only the halo is depicted in gold, but often the background itself,” Zlatina Karavalcheva adds.  “The golden color is a sign of the kingdom of grace, which is born gradually - first in the saint and just like yeast works through the dough, one day it would become a reality for all mankind. God's grace is available to each of us as long as we turn to God. And only when our human nature is clothed in the red robe of grace, then we shall discover our true power, our true potential.”