BNR - a carrier of kindness According to demographic data of the NSI, at the end of last year the number of inhabitants in 23% of  settlements in Bulgaria rangeд from 1 to 49. Veliko Tarnovo district is second in this country when it comes to the high number of depopulated villages. Tsana Tsvyatkova is living in such a depopulated village and she became the heroine of a report by Zdravka Maslyankova - BNR correspondent in this area.

Often the phone is the only connection to the world available in the Balkan Mountain village of Goranovtsi, and the BNR correspondent talked to the only remaining resident there - 73-year-old Tsana Tsvyatkova. The fate of the elderly woman, who was left in complete isolation during the Covid-19 epidemic without access to relatives and social services, touched a reader of the page of Radio Bulgaria in English.

A Scottish woman from the UK did not remain indifferent to the fate of the Bulgarian woman living alone on a monthly pension of 60 euros and producing all of her food in her garden. For the woman from Scotland, this strong will to live is worthy of admiration and respect. She knows the situation in Bulgarian villages as she first visited this country back in 2007 and is now living in northeastern Bulgaria. She decided to send a package of sweets and food products to Tsana Tsvyatkova as a gesture of kindness to ease her loneliness. However, no company makes deliveries to the place where Tsana lives. The benefactor contacted the team of the English section of Radio Bulgaria for help. With the help of BNR colleagues Zdravka Maslyankova and Albena Miroshnikova and thanks to the joint efforts, Tsana Tsvyatkova has already received the message of kindness than an unknown Scottish woman has sent her. The kind human gesture of a woman, who has wished to remain anonymous, has shown us that it does not take much to express empathy and give courage to a lonely person in difficult times. It has also turned our attention once again to the big number of problems in depopulated Bulgarian villages.

The man who helped in order for the package to reach Tsana is the mayor representative of the village of Raykovtsi, Petyo Koev. He is also one the unknown heroes who have been helping people in social isolation these days.

Due to the emergency measures related to Covid-19, bus transport to the villages in the region of Veliko Tarnovo was stopped. That is why the mayor started delivering bread, medicines and everything people there need using his private car. "It is a sad story. There has been a great demographic collapse, but it started back in the 1960s," Petyo Koev, who has been on the mayor’s position for 25 years, told us. "In the middle of the past century there was a municipality here with 2,300 inhabitants and 22 adjacent neighbourhoods. When I became mayor, there were 16 settlements left with a total of 115 residents. We are 25 people now," he says and adds:

“The state of emergency in the country did not affect us seriously. We have been living according to our usual rhythm,” Petyo Koev says. Public transport to the last inhabited point in the municipality - Mishemorkov Han, was stopped. But now we have transport - twice a week. There was no panic here related to stockpiling food because of the pandemic. People know that when winter approaches, they need to have enough food so they don't starve, because if there were deep snow, there would be no food supply. Our life is not easy at all. Like most women in our region, Tsana Tsvyatkova from the village of Goranovtsi has been engaged in agriculture and cattle breeding all her life. Very few people would decide to live like her these days. Her house is in the highest part of the village. There is no one around. Basically, Tsana relies only on herself. She also receives help from both the Red Cross and social services. Despite the difficulties, she does not want to live anywhere else. Just like most people living in the Balkan Mountain, Tsana does not want to leave her home village.” 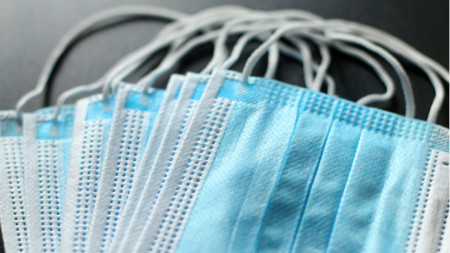