Young people gathered to protest in downtown Sofia, condemning racism in the country and around the world. The event was peaceful, and one of the reasons for it was the case of the murder of a black man by a police officer in the United States. "I can't breathe" was chanted by all citizens at the protest in memory of George Floyd, who died in the US during a police arrest.

The demonstrators in Sofia believe there are systematic acts of racism in society, the manifestations of which violate the quality of life of all people.
Listen to the daily news from Bulgaria presented in "Bulgaria Today" podcast, available in Spotify.
Radio Bulgaria News    George Floyd protests racism US 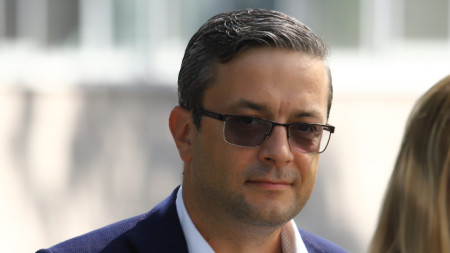 Unfortunately, the celebration of the 151st anniversary of the birth of Gotse Delchev has not contributed to building up the relations between Sofia and Skopje. February 4, 2023 will go down in history as a date on which the..

Ivailo Kalfin: We should not compare Eurozone membership to some sporting achievement

Bulgaria has its interest and should try as quickly as possible to approach the average European levels in terms of economic productivity and income level. This is what Ivailo Kalfin, former foreign minister, former deputy prime..