At a time when destinies of nations were decided by men empowered by force, a Bulgarian woman spoke to the world about issues that remain important to this day and concern women's and children's rights. In 1930, Konstantsa Lyapcheva, wife of Prime Minister Andrey Lyapchev, spoke in front of the League of Nations, calling for a convention against trafficking in women and punitive measures for parents abusing their children.

Konstantsa Lyapcheva was born in 1887 in Sofia and dedicated her life to helping others - during the Balkan Wars (1912-1913) she helped wounded soldiers and refugees as volunteer nurse and in peacetime became a protector of Bulgarian children. For her philanthropic deeds she was awarded the Grand Cross of the Bulgarian Red Cross and the Ladies' Order of Civil Merit of Tsar Boris III.

"Kostantsa Lyapcheva lived in a time of great social and even political constraints," says Elitsa Pavlovich, author of the Women Enlighteners project. “However, she was lucky to grow up in a rich family from Tryavna, who sent her to study in Switzerland. Thanks to her excellent education, she spoke several European languages. At the age of 24, Konstantsa married Andrey Lapchev, who was 45 years old at the time. But the two were not happy together and we can say that she had a relatively difficult life, trying to make the best for the others. This is how she dedicated her life to children - childless, but mother of all the children in Bulgaria.”

The benefactress managed to provide children with legislative protection, while motherhood was recognized as an extremely important social function. Devoted to her mission, she turned out to be no less ambitious towards her husband. Educated in European spirit and with manners that helped her communicate with ease with people of the highest rank, Konstantsa Lyapcheva aimed to smooth the manners of the Bulgarian Prime Minister and improve his appearance. Moreover, she allowed herself not only to guide her husband in state affairs, but also to criticize him in public.

"The fact she was married to a man who was prime minister three times was important for her, in order to appear on the highest public stage," says Elitsa Pavlovich. “This paved her way to the League of Nations, while her ability to speak foreign languages helped her establish many contacts on her own. Of course, before her activity at international level, she first started in Bulgaria."

"She created many homes and orphanages, engaging in public and political activities," Elitsa Pavlovich adds. “And she had both the need and strength to do it, because we are talking about decades she invested in this activity. Konstantsa Lyapcheva started as a co-founder and then chair of the Union for Child Protection and at the end of her life its members reached 150,000 people from 3,000 organizations. She achieved all this within a human life. She was a woman with a mission, but not everyone can do what she did.”

Like her husband, Konstantsa Lyapcheva bequeathed all her property to the state. She left this world in 1942 and today her name is mostly forgotten, like those of many other Bulgarians with compassionate hearts and bright minds. For yet another year she was not mentioned during celebrations of Children's Day on June 1, although she was the one who introduced its celebration in Bulgaria back in 1927.

The church of St. Demetrius, which is one of the most important medieval cultural monuments, lies in the village of Patalenitsa, located at the foot of the Rhodope Mountains. The temple remained buried in the ground for five centuries and.. 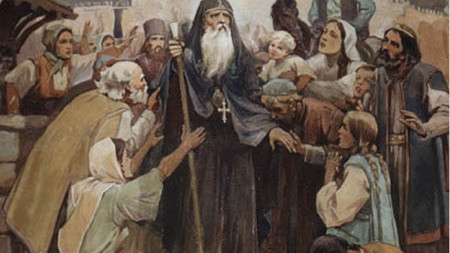 Today, the Bulgarian Orthodox Church celebrates the Day of Bulgarian Patriarch St. Euthymius of Tarnovo. Euthymius was born around 1327 in a noble family. He received good secular education but his spiritual.. 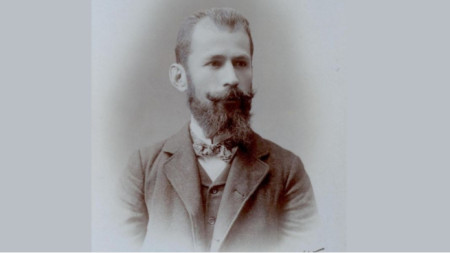 Damyan Gruev was born on January 19, 1871 in the village of Smilevo near Bitola. He remains in Bulgarian history with the name Dame. He studied at the Bulgarian Men’s High School in Thessaloniki, but young Dame was expelled because of.. The church of St. Demetrius, which is one of the most important medieval cultural monuments, lies in the village of Patalenitsa, located at the..