Bulgaria marks 145 years since his birth

At the end of the 19th and the beginning of the 20th century, Bulgarian fiction marked an unprecedented progress. Kiril Hristov occupies his worthy place among the galaxy of talented poets and writers, such as Pencho Slaveykov, Ivan Vazov, Peyo Yavorov, Aleko Konstantinov, Dora Gabe. Hristov was a brilliant lyricist, fiction writer, playwright, translator from Russian, German, Italian and French, author of historical texts, epigrams. He was also military correspondent during the Balkan Wars and the First World War. In addition to his talent, Kiril Hristov was known for his proud and uncompromising spirit, which is why he was often perceived as a conflict person.

The success of his two books, Eternal Shadows (1897) and At the Crossroads (1901), won him the respect of the “patriarch of Bulgarian literature” Ivan Vazov. At the beginning of the 20th century, Kiril Hristov was already a popular author, one of the "builders of modern Bulgarian literature", recognized by literary critics as a classic during his lifetime. "Nevertheless, today his works are undeservedly forgotten and they are not studied at school," says Ana Anastasova, head of the Local History and Literary Heritage Department at the Sofia Library. It is a curious fact that during his lifetime the poet bequeathed his entire book fund to the Sofia Library and his wife fulfilled the will.

Now, on the occasion of the 145th anniversary of the birth of Kiril Hristov, a documentary exhibition with 50 rare books, once owned by the writer, is arranged in the library. Most of them have autographs by their authors, given especially for Kiril Hristov. "We have books with autographs by Ivan Vazov, Yordan Yovkov, Peyo Yavorov, Dora Gabe, Alexander Balabanov, Veselin Hanchev, and many foreign authors," Ana Anastasova says and adds:

"Most of the books in this exhibition are autographed and there are books for bibliophiles, as well. In fact, Kiril Hristov began his literary career with translations - from Russian, Italian, German, French. He lived in Czechia for 16 years. From there, and wherever he traveled, he bought books. Kiril Hristov once told his wife that if he could have transferred to Bulgaria all the books he owned, they would have filled up an entire library. But he donated almost everything to the library in Prague. He took with him to Bulgaria only his most beloved books. His life was not easy at all. Due to the peculiarities of his character, he was said to be distrustful and a person of great self-confidence. He was probably the most criticized poet in Bulgarian literature but the interesting thing is that he managed to turn his enemies into friends.”

Kiril Hristov cared a lot about the Bulgarian language and its richness. He opposed anyone who dared say Bulgarian was rough. The poet often used the melody of the folk song in his verses. He also dedicated a series of works to Bulgarian folk art. But the crown in the work of Kiril Hristov are the poems about the heroism of Bulgarians in the battles during the two Balkan wars from the beginning of the XX century.

The exhibition can be seen until July 15 in the central lobby of the Sofia Library. 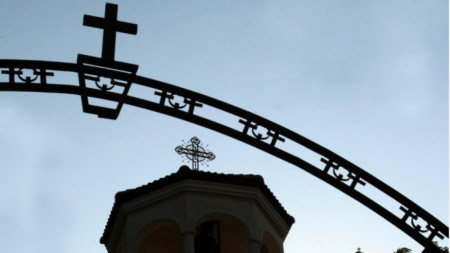 According to Gospel texts, on this day Jesus Christ revealed to three of his disciples that he was the Son of God. “You were transfigured upon the mount, O Christ our God, and Your disciples, insofar as they could bear, beheld Your glory... 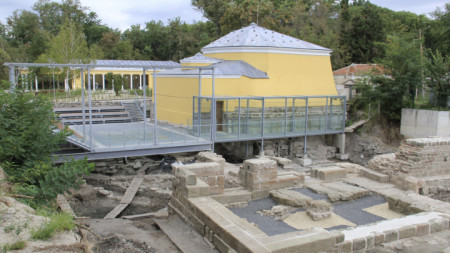 During the excavations of Aquaе Calidae near Burgas, archaeologists have found over 40 coins, most of which date back to the 4th century. The scientific director of the archaeological complex Dimcho Momchilov also announced that more than 50 seals, a.. 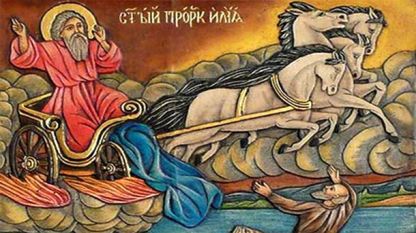 On August 2, Bulgarians mark Day of Saint Elijah according to old style calendar

On August 2, Bulgarians homage to Prophet St. Elijah according to the old style calendar. The day is marked on July 20 according to the new style. Prophet Elijah was one of the greatest Old Testament figures, an ardent opponent of paganism and a herald of..