Fire in area of Haskovo continues to grow

A state of emergency has been declared in the municipality of Svilengrad near Haskovo because of the big fire spreading from the Topolovgrad municipality and the strong wind. The fire started in the area of the village of Lesovo near Yambol, crossed the Tundzha River and spread to more territories on its way.

The fire has been growing and now covers nearly 10,000 decares, it was reported. Sixteen residents of the village of Prisadets have already been evacuated because of the proximity of their homes to the disaster. Difficult terrain and wind make firefighting complicated. The risk of fires in the whole Yambol region remains high. 56.2% of Bulgarians approve of formation of new government

56.2% of Bulgarians approve of the formation of a new government and 37.4% prefer new elections, indicates a fast telephone survey of Gallup International Balkan polling agency conducted  among 831 respondents   between April 12 and 14. Gallup.. 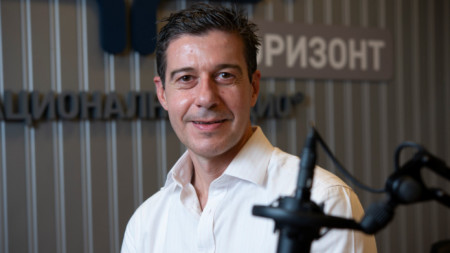 The Director General of the Bulgarian National Radio Andon Baltakov wrote to Bulgaria’s Premier Boyko Borissov, asking him why the Council of Ministers of the Republic of Bulgaria had decided to reduce the budget of the BNR by EUR 229,621 with the..