The extraordinary sitting of Bulgaria’s National Assembly that was expected to be held today has failed. Only 78 MPs appeared at the plenary hall which was way under the minimum quorum of 121 members of Parliament. MPs from the Bulgarian Socialist Party, the Movement for Rights and Freedoms and 2 MPs from the ruling GERB party interrupted their summer holiday and appeared in Parliament. VMRO party has announced in advance that its MPs would not go to plenary.

The President of the National Assembly announced that the sitting failed due to the lack of quorum. MPs from the socialist party shouted “Resignation” in plenary.

The extraordinary sitting summoned at the request of BSP had to discuss two items.

The National Assembly had to oblige the government to submit an amendment to the state budget within 7 days due to the social and economic measures adopted to overcome the consequences of the Covid-19 crisis.

“An economic and social crisis is looming. In my view, we are very late with the measures needed to mitigate the effect of the crisis on the economy and the households. A number of European countries have introduced real measures to mitigate the crisis a long time ago. The Bulgarian government in not doing anything like that”, the leader of BSP Kornelia Ninova said in Parliament.

The MPs also had to hear Premier Boyko Borissov and this country’s Minister of Interior Hristo Terziyski on the violence against journalists and protesting citizens used during the national conference of GERB party.

Protesters gathered in front of the National Assembly building before the sitting. They threw eggs and tomatoes at the MPs and shouted “Resignation”.

Tension erupted in front of the National Assembly building between protesters and journalist Iva Nikolova from PIK agency who supports the government after it became clear that the extraordinary sitting of the Parliament had failed. Protesters threw eggs at Iva Nikolova when she left the National Assebly building and she had to hide behind a Police cordon. Later, protesters left the area, BNR reporters inform. 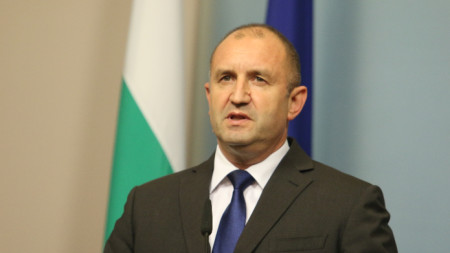 Talks between presidents of Bulgaria and Estonia postponed

Due to the Covid-19 crisis, the programme of the second day of President Rumen Radev’s visit to Estonia, including the official meetings scheduled, is being postponed. This was announced by the press office of the Bulgarian Presidency. During a.. 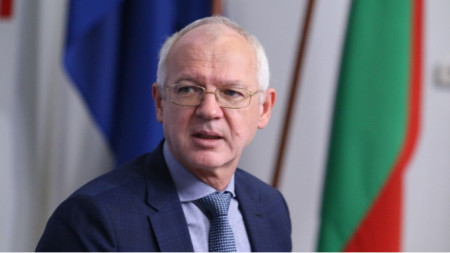 Industrial Capital Association: Increasing the minimum wage is a mistake

The Bulgarian Industrial Capital Association (BICA) forecasts a decline in the country's gross domestic product between 3.5 and 5.5% depending on the development of the second wave of Covid-19. This was said for BNR by the chairman of the association..

National Logistics Center to coordinate the fight against Covid-19

A National Logistics Center will start operating in Bulgaria next week, with the task of improving communication between the various healthcare units and improving the medical care for patients with a coronavirus infection. This was announced by the..