European Parliament to discuss rule of law in Bulgaria In the beginning of October, the European Parliament will hold a debate in plenary on the rule of law in Bulgaria, MEP Elena Yoncheva told BTV. In her words, such debates are held for countries that are in a critical situation. Two people were injured after last night's chase between police and a SUV carrying 18 illegal migrants on the road between Elhovo and Burgas. An Iraqi woman and a Syrian child were slightly injured in the incident.  The driver, a Georgian, was.. Bulgaria will continue its diplomatic efforts to join the Schengen area by the end of the year , Deputy Foreign Minister Kostadin Kojabashev assured.  President Radev to Dutch PM Rutte: Bulgaria's non-admission to Schengen is not in the EU's interest.. 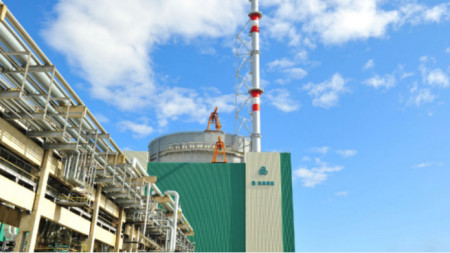 No change in the radiation background at Kozloduy NPP

There have been indications of reactor coolant leakage in a steam generator in the process of operation of Unit 6 of Kozloduy nuclear power plant. No levels exceeding the radiation safety limits were reached. The nuclear unit will be..