Tennis: Grigor Dimitrov to play for second time at quarterfinals in Rome Masters In Rome, the best Bulgarian tennis player Grigor Dimitrov has qualigied for the second time in his career for the quarterfinals of the local tennis tournament of the Masters 1000 series.

On the red clay, the 15-seeded Bulgarian player took a victory against the the representative of the hosts, Jannick Sinner, who participated with a "wild card". Dimitrov won with 4:6, 6:4. 6:4 and is among the top eight players in the Eternal City for the first time since 2014, when he lost in the semifinals against Rafael Nadal.
Dimitrov's next opponent will be determined in the match between Denis Shapovalov (Canada) and Ugo Humbert (France).
Radio Bulgaria Sport    Grigor Dimitrov Italian Open quarterfinals Rome Rome Masters tennis 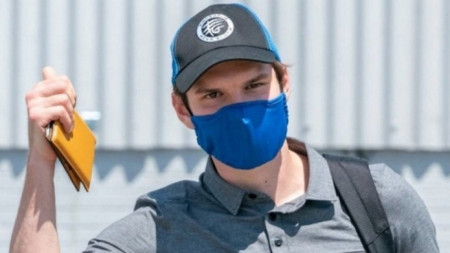 Bulgarian boxer Kubrat Pulev will face Anthony Joshua for the world heavyweight title on December 12 at the O2 Arena in London. The date and place have already been confirmed and this was announced by Pulev himself on his website kubratpulev.com...