Golden Rose 2020 – the latest in Bulgarian cinema ... and the classic "Measure for measure"

The 38th edition of The Golden Rose, the oldest and only Bulgarian feature film festival which traditionally presents the latest Bulgarian films, starts on September 24th. The screenings will be held in the halls of the Festival and Congress Centre in the coastal city of Varna, as well as online. As reported by the press centre of the event, 22 short films and 19 feature films produced in the last year have been selected to take part in the competition program. The main organizer is the National Film Center, with the support of the Ministry of Culture and the Municipality of Varna.

The festival opens on September 24th with the exhibition entitled “Memory of the film Condemned Souls", which shows previously unrevealed working moments from the legendary film by director Valo Radev, captured on camera by Prof. Lyudmil Hristov. The same evening, for the first time the Bulgarian audience will be able to see the co-production "Money", directed by Siamak Etemadi (born in Iran, currently living and working in Greece), co-produced by the Chouchkov Brothers, with the financial participation of the National Film Centre.

Outside the competition, the Open Horizons program will present the feature films "The Shrews" directed by Georgi Kostov and the co-production "The Barefoot Emperor" directed by Jessica Woodward and Peter Brosens. The same programme also offers 9 short films, including works by students from the FilmForge initiative of the Sofia-based Nu Boyana Studios.

"Golden Rose Classic" is the new program within the festival, which will present updated and digitized versions of the best Bulgarian films of the past. On September 25th viewers will have the opportunity to see a restored copy of one of the most significant works of Bulgarian cinema - the trilogy "Measure for measure", directed and written by Georgi Dyulgerov. Co-writer and performer of the main role is Rusi Chanev, cameraman – Radoslav Spasov.

"My biggest pain is that the Bulgarian films that were made on tape can be seen nowhere these days. No one can see them anywhere anymore,” Georgi Dyulgerov told Radio Bulgaria. “I want to have a continuity between the generations and I am sad that young people do not have the opportunity to see the films of their predecessors with good quality. There are only a few film-screening machines left in Bulgaria that can spin a tape, but the sound they reproduce is with a terrible quality. All over the world, there is now a tendency for old films to be restored, all the more so as modern digital technologies make it possible to make the image, figuratively speaking, twice as good as it used to be. The same goes for sound - what I've been doing for the last few days. From a monophonogram recorded on optical tape, with a lot of noise, in miserable quality, we manage to make a rich, modern sound, located in 5+1 channels. On top of that, “Measure for Measure” is a film that we shot in dialect, the language is full of archaisms, Turkisms, which creates a special kind of language barrier that grows over the years. The younger generation understands almost nothing of this language. That is why in the new version there are subtitles in literary Bulgarian. We owe the opportunity to do all this to Dobromir Chochov, who invited me to his studio and does all this for free, in the name of our common cause."

The digitalized version of the film trilogy will be screened in Sofia on October 13, 14 and 15th.

Another novelty related to the work of Georgi Dyulgerov is the book "Biography of my films" that will be presented in Burgas on September 30th, and then - in Sofia, as fans of Bulgarian cinema will be able to find it at the festival venue in Varna during the Golden Rose which will run until October 1st. 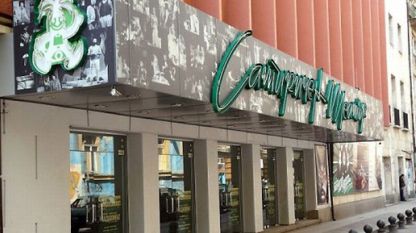