Tsvetan Tsvetanov: I do not support the president “I support the democratically minded citizens who have been coming out in the streets to protest for 80 days now, but not President Rumen Radev,” said the leader of Republicans for Bulgaria Tsvetan Tsvetanov for the BNR.

“More than ever we need to hold fair elections,” he said. Tsvetan Tsvetanov also commented the government’s fear of the appointment of a caretaker cabinet: “If such a cabinet were to vote decisions which do not correspond to the country’s road – the EU and euro-Atlantic development – then parliament can always change them.”  Tsvetan Tsvetanov stated further that Democratic Bulgaria comes close to the principles of his party but that he had also held talks with other political formations “on principle and within certain parametres.”

18,332 people already vaccinated against coronavirus in Bulgaria 233 new cases of coronavirus have been identified in the last 24 hours with 4,628 tests, data from the National Coronavirus Information Portal show. This means that 150 samples taken by..

The most appropriate time for holding the parliamentary elections was in September 2020, following the anti-government protests, Bulgaria's President Rumen Radev said before the ceremony for the official ordainment of Monsigneur Rumen Stanev in the.. 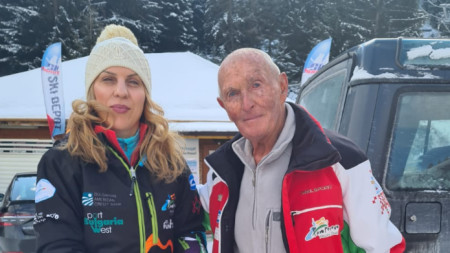 The number of tourists this winter season has dropped by 75% , Bulgaria's Minister of Tourism Mariana Nikolova announced today during a visit to Smolyan district.  Regarding the reports of restaurateurs who violated the anti-epidemic measures, she..

"We, the Catholics of the Western rite (0.6% of the population) can celebrate Easter on May 2 together with the the Eastern Rite..