Once the crisis is over social entrepreneurs will take the stage There are almost 4,700 organizations in this country which describe themselves as social enterprises, and with their activities, contribute to 1-2% of the country’s GDP. At the same time the social and solidarity-based economy sector forms 7-8% of the national production in the EU.

The coronavirus epidemic and the ensuing economic crisis are raising the need to reassess the role of social entrepreneurship. All the more so that “the social economy is spreading to more and more spheres and it makes much more sense than assisting vulnerable groups. It also has a favourable effect on both people and the environment,” Ivana Murdzheva from then National Association of Small Family Farms and Processors said for the BNR.

“Regrettably, this year absolutely everything we know about our lives changed dramatically and is concentrating more and more in big cities,” comments on his part Gavrail Gavrailov, lecturer at the University of Plovdiv. To all intents and purposes in large parts of the country there are no social entrepreneurs, or they are lying low waiting for the crisis to pass.”

The expert predicts that once these difficult times are over new social entrepreneurs will appear who will try to make up for the effects of the crisis and the lack of any adequate policy by the government – and not just in the social sphere. And adduces as an example the connection between cultural tourism in Stara Zagora and the inevitable closure of coal-fired power stations in the region.

“I believe that at the precise moment these processes begin social entrepreneurs will appear and offer their alternative. Many of them will probably enter the tourism sector because once the coal-fired power plants are closed the reputation of the region as an environmentally clean place for family holidays and outings will be boosted significantly.”

According to Gavrail Gavrailov, such vivid figures are already entering the social business.

“It is a question of seeing where the line passes that divides the so-called commercial entrepreneurship from the people who are changing the environment,” Ivana Murdzheva contends and gives the answer – it is in the sense of happiness derived from what one is doing and what one is leaving for the coming generations. The “nature” factor is going to grow much more palpable in our lives, Gavrail Gavrailov predicts. The past year, he says, has been an illustration of the battle between the micro- and the macro world, between viruses and humans.

“What is lacking most now is solidarity,” Gavrail Gavrailov goes on to say. “We are living in a natural primary human condition – a war of all against all. The social bonds have been torn – and not just because of the pandemic. The more we try to develop economically, the more we are harming the environment, the future of our children. And that inevitably affects our sense of happiness.” 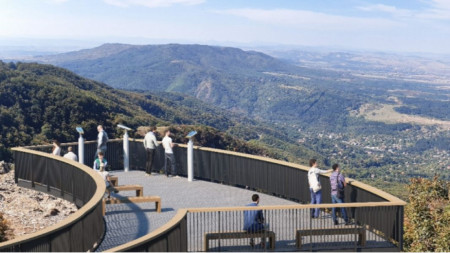 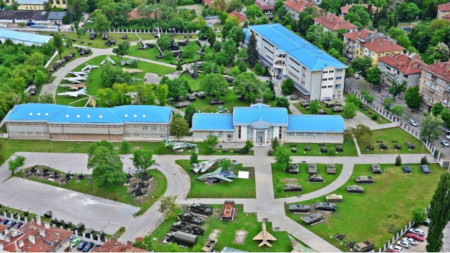 Two projects of the National Museum of Military History received recognition from the Museum Exhibition Fair and European foundation Art Explora, the museum announced. One of the winning projects is the space "Scars of War: Sofia's Lost..

"I prayed for the health of the doctors while I was in the hospital, because I saw how difficult it was while they had to tend to the numerous..

The project of Vitosha Nature Park for a viewing site in the Kopitoto area of Vitosha Mountain is one of the 38 projects that are fighting for funding..