The protest in front of the central court house in Sofia
Photo: BGNES

A demonstration under the slogan “Justice without a cap” took place in front of the Court House in Sofia demanding the resignation of Prosecutor General Ivan Geshev, BGNES reports. The protesters stated they would continue their protest tomorrow morning in front of the building of the Supreme Judicial Council, which is to discuss whether there exist grounds for the dismissal of the prosecutor general.

The protesters proceeded to the city centre to join the anti-government protest which has been demanding the resignation of the prime minister, the government, the prosecutor general and the holding of early elections for more than three months.

Bulgaria's President Rumen Radev has imposed amendments to the VAT Act. They introduce new provisions in the Consumer Loans Act, which the head of state defines as "inadmissible" and "legally intolerable", BNR reports.  With some of the approved.. After it was announced today that due to the anti-epidemic measures all kindergartens and nurseries in Bulgaria will be closed, the mayor of Sofia Yordanka Fandakova decided to set up two working kindergartens for the children of the medical staff on.. 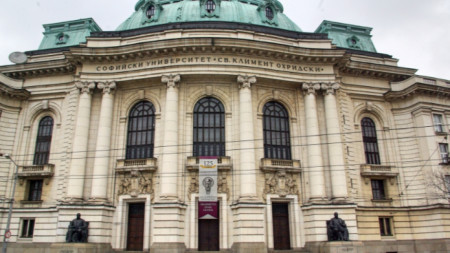 The Law on the State Budget, which is voted by the parliament, provides funds for equalization of the minimum salaries of university lecturers. The minimum salary for an assistant professor will become BGN 1,300 /EUR 665/, for an associate professor -.. 40% of Bulgarians believe that the coronavirus is a biological weapon designed to reduce the world's population. This is shown by data from a study by..

1876 people recover from coronavirus, the newly infected are 4382

In the past 24 hours, 4382 new cases of coronavirus infection have been registered after 10,474 PCR tests, according to the single information..