The feast of Saint Demetrius known in Bulgaria as Dimitrovden is a great Christian holiday. On this day we honor the memory of the Holy Great Martyr Demetrius born in Thessaloniki in the 3rd century, the son of a mayor, a devout Christian. Authorities were persecuting Christianity at the time, so the family kept their religion a secret.

According to church records, Saint Demetrius was born with miraculous help. His parents were childless for a long time and earnestly prayed to their God to send them an heir. The son who was born to them was endowed with exceptional powers. Educated well, the handsome young man also became a zealous Christian. He died a martyr's death for his faith, and a small church was built on his grave in Thessaloniki. On the site of the small church today a magnificent basilica rises, housing the relics of Saint Demetrius.

In Bulgarian folklore Saint Demetrius is assigned a special place, as the month of October is popular as “the month of Demetrius”.

In Bulgarian folk tales Saint Demetrius also has unearthly spiritual powers. His image is reminiscent of the proto-Bulgarian priests, the legendary healers and fortune tellers. He can predict the weather - that's why Bulgarians believe that if the weather on Saint Demetrius’ Day is good, it will be the same on St. George's Day (May 6).

More about the beliefs related to the saint and the songs dedicated to him, read and hear in the publication of Radio Bulgaria’s collection entitled Folk Songs and Customs during the Month of St. Demetrius.

Few people know that under a residential area of the northeastern Bulgarian town of Devnya the remains of one of the strategic centers of the Roman Empire lie – Marcianopolis. The place attracted the attention of the Romans with the abundant.. 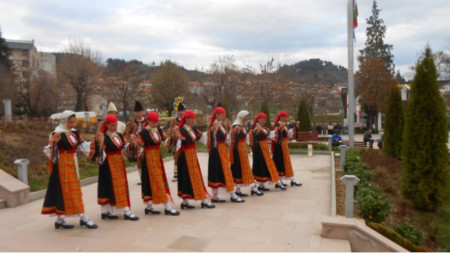 Zlatograd – architectural jewel in the heart of the Rhodopes

Every year on November 21 Zlatograd celebrates its holiday with a rich program that attracts thousands of guests to the picturesque Rhodope region. The date was not chosen by chance – this is the Day of the liberation of the town from centuries.. 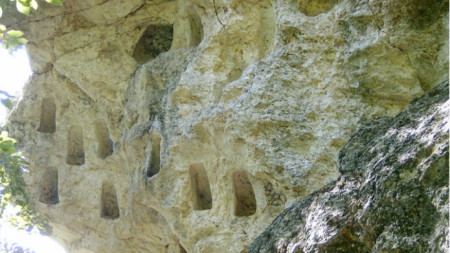 The Deaf Stones where the echo fades

A huge cult complex of rock formations in the Eastern portion of the Rhodope Mountain has been attracting researchers and tourists for decades. Locals call them the Deaf Stones – more than 500 niches hacked out into the rocks along the..