Internet users from all over the world now have free access to some of the most interesting Bulgarian archival film reels, which will take them back almost to the dawn of cinema. 43 Bulgarian videos, commercials and 33 newsreels from the period 1913-1943 have been recently uploaded in the film portal European Film Gateaway (hyperlink - https://bit.ly/39vY3GW). But this has been just the beginning. The Bulgarian National Film Archive has been preparing more archives. They will soon become part of the European film portal, bringing together over 53,000 film titles and over 600,000 images from the archives of the Old Continent. The platform is linked to Europeana, the EU's web portal that provides access to more than 58 million digitized works of art, books, artifacts, audio and video from across Europe.

The Bulgarian film collection offers a virtual journey into the history of the 20th century. We learned more details from Rosen Spasov, a film expert at the Bulgarian National Film Archive. "Our selection includes the earliest preserved Bulgarian feature film ‘Love is Madness’ (1917) by the pioneer of Bulgarian cinema Vassil Gendov. You can also see the ominous reality captured by the camera after the terror attack in the St. Nedelya church in 1925 or the destruction of the bombing of Sofia during World War II. But we also have a little more cheerful things! For example, the documentary ‘Our Sea’ takes us back to 1929 and shows us what towns like Sozopol, Nessebar, Pomorie, or the Ropotamo River looked like.”

As an echo of the past, one can see demonstrations of the Sofia fire brigade, headed by Yuri Zakharchuk, a famous person in the capital's bohemian lifestyle circles. Viewers can also watch an artistic advertisement by the famous Shumen beer from the 30s of the XX century.

One of our most remarkable archival films in the online portal is Alexander Zhekov's documentary "The Balkan War" (1912-1913), which gives an unprecedented view of military action and life on the battlefield. The author takes his camera extremely close to the front line - something absolutely forbidden according to military regulations of the time.

The news reels from the period 1941-1944 show the militarized reality of the World War and the changing way of life of the people. The reels also show Tsar Boris III, Bogdan Filov and other Bulgarian and foreign politicians. “These news reels were screened in old cinemas before the main film was shown and played the role of today's news – they were 8-10 minute-long videos presenting information about what was happening in the country and the world, just like the short news programs at the moment," Rosen Spasov says. 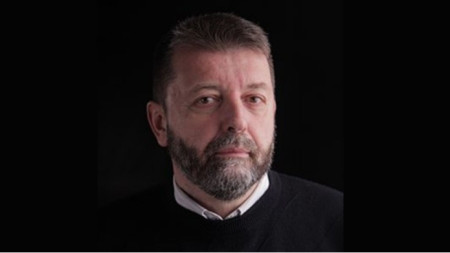