Photo: BGNES
"When we talk about national recovery and sustainability plans, we are talking about investments and reforms, qualitative changes in the economy that will bring sustainability and a more globally competitive European and Bulgarian economy." This was said by Tsvetan Kyulanov, the head of the Representation of the European Commission in Bulgaria, during the 24th Bulgarian Economic Forum, which was held online.
Kyulanov said that there was almost a doubling of the available funds from Europe which would enter the Bulgarian economy, emphasizing that it was important how we would use them, BTA reported.
The pandemic has aggravated the economic state of 70% of Bulgarian companies, the forum participants announced. According to 70% of the participants in the annual poll of the Bulgarian Industrial Association, the government's anti-crisis measures are inefficient.
The economic recovery of Bulgaria can start in 20212, the chairperson of the Bulgarian Economic Forum Georgi Tabakov said.
Radio Bulgaria News    Bulgarian Economic Forum economic recovery economy European Commission 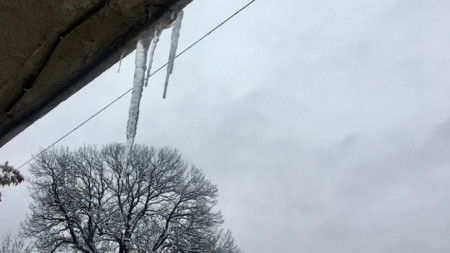 The National Institute of Meteorology and Hydrology has issued Code Yellow warning for cold weather across the country for January 19.  Meteorologists forecast that minimum temperatures will fluctuate between minus 12 degrees Celsius and minus 9..

Bulgaria’s Minister of Health Professor Kostadin Angelov will present the certificate of vaccination against Covid-19 today. The certificate is issued to citizens who receive their second dose of coronavirus vaccine.  Yesterday, Minister..

Second phase of Covid-19 inoculation begins in Bulgaria Bulgarians inoculated with the Pfizer/BioNTech vaccine are now receiving their second dose. Bulgaria’s Minister of Health Professor Kostadin Angelov was among the re-inoculated against..