Political 2020: Protests and loss of confidence in political parties

Upcoming elections amidst pandemic make any forecasts for 2021 extraordinarily difficult Amidst the pandemic and its impact at all levels in this country, 2020 will be remembered for the widespread popular protests against the government. Having been triggered by, among other events, a specialized operation by the prosecutor’s office inside the presidency in July, the protests, headed by three organizers dubbed the “toxic trio” highlighted a desire for a change of the model of governance. Five months later the energy of the protest has fizzled out, and many of the protesters seem to be disappointed with the way the “toxic trio” – a lawyer (Nikolay Hadjigenov), a PR expert (Arman Babikyan) and a sculptor (Prof. Velislav Minekov) handled the citizen discontent. Though it failed to gain the critical mass to bring the government down the protest, and more specifically the “toxic trio” did succeed in putting through what is perhaps the most important idea of all – establishing a platform of non-parliamentary parties to guarantee that the elections will be fair. However, some of the political formations did not heed the trio’s calls and did not join the platform. Only one formation is certain to take part and it is Stand Up BG of former Ombudsman Maya Manolova.

It is another matter which one of the protesters represents whom, says journalist Veselin Stoynev for BNR’s Horizont channel, commenting on this unification:

“If we go back to the local elections in Sofia, Maya Manolova won 124,000 votes and came second. They were votes cast for her personally, though, actually they weren’t because in those elections the Bulgarian Socialist Party (BSP) did not nominate a candidate of their own. That is why these votes are, to a great extent theirs too. The “toxic trio” on the other hand does not represent the protest, they are merely its organizers, so it is not clear how many people would back them. If the “toxic trio” and Maya Manolova do enter parliament they would carry more political weight if they were to form a connection with the party of Slavi Trifonov, who is expected to cash in on the citizen discontent in a big way even though he had no direct part in the protests.”

The unobtrusiveness of the former TV personality and showman Slavi Trifonov and his party is still working in his favour, says sociologist Kancho Stoychev. The reasons for this are that his party “There are such people” is the only new party outside parliament capable of attracting voters looking for someone to represent them politically.

“At all elections held so far we have had a Slavi Trifonov, someone who says that they are against everyone, that they will change the system etc.,” says political analyst Dimitar Ganev. “A character like that will always be in demand.”

Dimitar Ganev is not ruling out yet another election soon after the regular election which is expected to take place in the spring, because forming a government may well prove impossible. If a government is formed, its members will have to set aside their differences, and any possible disagreements with the parties that support them. There is one thing he says he is sure of – it is too early to make any predictions that will hold true until that time. In his words the summer protests undermined all political parties represented in parliament, while recent months have seen a normalization of public attitudes towards the powers that be. How well they have addressed the crisis will be a leading motive for voting, Dimitar Ganev from Trend sociological agency says, and adds that he expects voter turnout to be low.

President Rumen Radev enjoys widespread support in the country. So, why is it that the Bulgarian Socialist Party has so frequently been critical of him?

“It is only natural for there to be differences, all the more so that he was nominated and elected with the crucial support of the BSP,” sociologist Kancho Stoychev comments. “It is essential that we specify, however, that Rumen Radev is not a “party person”. In this sense the squabbles involving him are basically mainstream party rhetoric. Even when he makes political mistakes, and he has made many, he is still well-liked by the public, and what makes him well-liked is his party non-affiliation and, to some extent the fact that he is a down-to-earth person, so people forgive him.” The shortest-lived National Assembly in the country’s modern history. That is the briefest description that can be given to the last Bulgarian parliament and its work. During its lifetime, lasting less than one month, the 240 members of.. 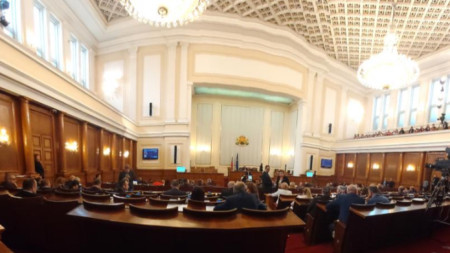 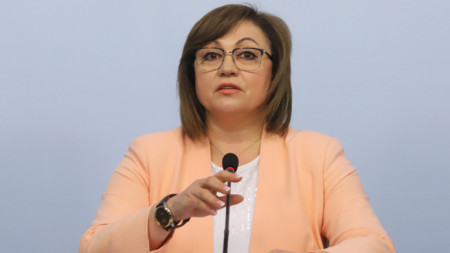 The shortest-lived National Assembly in the country’s modern history. That is the briefest description that can be given to the last Bulgarian..