Since the beginning of the pandemic and the lockdown throughout the world, i.e. since March this year, the strain of safeguarding human life and health has inflicted unimagined damage on the economy, affecting, directly or indirectly, every single person in the country. Most people were forced to stay home, while the “pandemic economy” made them less active as consumers.

In this changed world it is businesses and workers, especially in industries like tourism, culture, entertainment, transport and the sectors connected with them, that were hit hardest. The first “lifebelt” the state extended was the 60/40 measure, with the government covering most of the workers’ salaries from the budget. The next measure was targeted specifically at workers affected by what is known as “technical unemployment” (due to involuntary suspension of the work process). Under this measure workers whose work is temporarily restricted by order of a state authority receive compensation of 24 Leva (12 euro) per day. When the measure was put in place, the government estimated that this assistance was targeted at no less than 32,500 people, and 50 million Leva was provided for the purpose. As of 1 January, 2020 during involuntary downtime of up to 60 days, instead of the current 12 euro per day, the compensation is to constitute 75% of the worker’s insurable earnings. The 60/40 measure on the other hand will be extended until the end of March.

According to Plamen Dimitrov, President of the Confederation of Independent Trade Unions in Bulgaria, the 60/40 measure has been proven to be effective. He described budget 2021 not as an election campaign budget, with the parliamentary elections in Bulgaria due in the spring, but as the first budget “for the benefit of the people”. “The budget is the biggest Bulgaria has had for expenditure in 30 years - 52 billion Leva or 42% of the GDP, but the spending should be even higher. When consumption is in collapse and we are faced with problems like unemployment, loss of jobs and stagnation of household and company incomes the only factor that can have any effect at a macro level is government spending,” noted Plamen Dimitrov some time ago. He added that concerning specifically the social Covid measures, these expenses account for a little over 2% of the GDP, or around 3 billion, 50 million Leva. “I think the money for this should be double that sum because there is no alternative that can set the economy in motion except the state budget,” Plamen Dimitrov told the media.

Vanya Grigorova, economic advisor for the other leading trade union in the country – Podkrepa Labour Confederation - takes a different view. In an interview for Radio Bulgaria she was highly critical of the measures the government has so far taken. In her words they are not targeted and, consequently are not yielding any concrete results:

“What happened during the outgoing year is that many people realized that if they do not make social security contributions there is no way they can receive any kind of assistance from the state. It has also become apparent that the government handed out money to sectors which are not, in my opinion, priority sectors. Which means that money from our taxes is being spent ineffectively. This year’s protests were definitely not social. Unfortunately, there won’t be any social protests next year either. Alas, in this country, incomes do not come first, they are not a leading motive for civic involvement,” Vanya Grigorova says and adds: “We are taking from the have-nots to give to the haves, so they can have more.” That is why the trade union is insisting that measures be introduced next year to guarantee the incomes of the workers who are unable to work, up to a certain level."

“That is a standard mechanism which was applied in the EU,” Vanya Grigorova says. “Help must be extended to people with disabilities, parents with small children who cannot attend kindergarten or school. Urgent steps must be taken to remedy the flawed taxation system in which there is no non-taxable minimum. We should have taken stock of the situation as a country – which the priority sectors in industry are that will function as a motor for the Bulgarian economy.”

The war in Ukraine is putting the world economy to the test, and UN experts are presenting an outlook for 2023 with the slowest growth rate in a decade. For Bulgaria the outlook is for a slowdown of growth from the expected 3% for 2022 down to.. 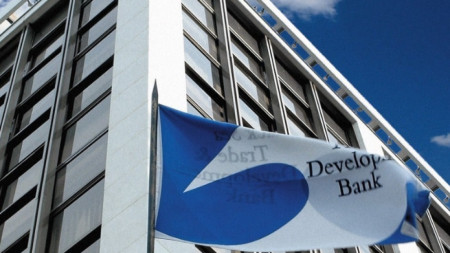 Parliament has approved an increase in Bulgaria’s shareholding in the capital of the Black Sea Trade and Development Bank. At the beginning of 2023, the bank’s board of governors adopted a strategy for increasing its capital by over EUR 244.. 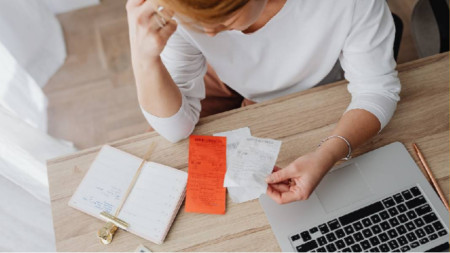 Inflation has brought prices in Bulgaria closer to the EU average

The expenses of Bulgarian households have risen dramatically. For a year, the sum needed for a family of three to cover the cost of living has increased by about BGN 366 (185 euros) and the necessary net monthly income reaches BGN..

The war in Ukraine is putting the world economy to the test, and UN experts are presenting an outlook for 2023 with the slowest growth rate in a decade...

Parliament has approved an increase in Bulgaria’s shareholding in the capital of the Black Sea Trade and Development Bank. At the beginning of 2023,..