How are future discoverers and inventors raised? 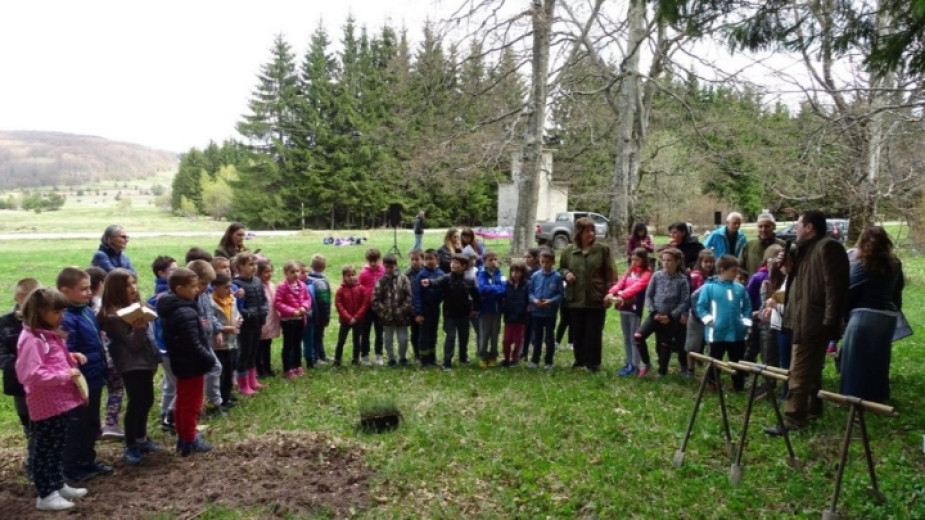 Photo: 2dbg.org
Is it possible for teenagers to be curious and excited about the world without a mobile phone and the Internet? It turns out that this is possible. And for those children who don't think so, it's enough to visit one of the “Observatory for Ideas” camps to change their minds.
"Observatory for Ideas - 2D" is the name of an association of enterprising people from Gabrovo, who have been developing alternative projects in the sphere of science and technology with great enthusiasm and attracting children from all over the country. They help them learn the secrets of space, teach them how to use the technological progress wisely, to take care of the environment, to think, to ask questions and look for answers. Their motto is a thought by German playwright Friedrich Hebbel: "If you want to reach the stars, don't follow everyone else."

The enthusiastic team have been working on their project for three years now. During informal training sessions, under the guidance of mentors, the children develop their own concepts for creating Martian colonies, building closed mini-biospheres themselves, make rocket models, which are later launched, etc… At the end of March, another "Camp for Young Inventors" will take place, during which children will be living in tents in the village of Prahali near Gabrovo, breathing clean mountain air and learning to be creative. "They act as creators, as engineers and leaders. I believe that the next Elon Musk is somewhere among our children," Ivaylo Radnev who is part of the team of Observatory for Ideas has told BNR correspondent Velina Mahlebashieva.
This year the initiatives are dedicated to the green idea. One of these initiatives is "Children's Agriculture with a Cause." The children themselves will create small plastic modules using a 3D printer. Children will fill the modules with compost and then sow edible plants, herbs and flowers. This way each child will be able to create their own garden. "We have already ordered some small machines that break PVC caps, melt them into a thread that feeds into the 3D printer. Many times children ask us why collecting plastic bottle caps was important. We are to show them how these caps, instead of going to waste, can be recycled and turned into an agriculture module. When this module becomes unneeded, it can also be redesigned and turned into something else. This is how we teach children that there is no waste. There are materials and opportunities," Mr. Radnev says.

A composting system will also be available in the camp. This way, children will be able to create their gardens entirely with their own hands, getting to know the process from A to Z. The camps are organized free of charge and costs are covered by sponsors. According to organizers, every child has the right to decent education that would help them reach their full potential.
Compiled by: Miglena Ivanova (based on an interview by Velina Mahlebashieva, BNR correspondent in Gabrovo)
English: Alexander Markov
Photos:2dbg.org
Radio Bulgaria Life    3D printer camps children Ivaylo Radnev Observatory for Ideas projects teenagers