Photo: BGNES
The Bulgarian government has accelerated spending in February compared to the previous month. This became clear from the report on the state of the treasury in January and the expectations of the Ministry of Finance for its development in February, when there is a surplus of 137 million levs. s
The costs for the social and economic support measures, the 50-leva supplement to the pensions in the first two months of the year and the growth of the minimum pension since the beginning of this year are just some of the factors due to which the budget expenditures in February amounted to over BGN 1.2 billion compared to the same month in 2020, when the crisis with Covid-19 had not yet hit the country.
Radio Bulgaria News    finance Finance Ministry measures pandemic 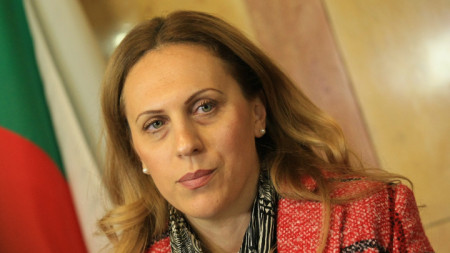 We are considering options to facilitate entry of tourists, announced Bulgaria’s outgoing Deputy Premier and Minister of Tourism Mariana Nikolova in Varna, the press center of the Bulgarian Ministry of Tourism reported. A vaccination certificate, a..

Bulgaria’s Constitutional Court has annulled the amendment to the Obligations and Contracts Act (article 112), by which this country’s previous National Assembly enforced a ten-year limitation period for obligations of natural persons. 10.. Bulgaria’s President Rumen Radev handed over an exploratory government-forming mandate to the biggest Parliamentary group-GERB-SDS. Prime Minister designate Daniel Mitov has 7 days to form a cabinet that would receive support in.. 418 new cases of Covid-19 have been confirmed in Bulgaria in the past 24 hours out of 4,644 tests performed, indicate data of the Single Coronavirus..