Voting machines for the upcoming parliamentary elections in Bulgaria are stored in a warehouse guarded by the gendarmerie as access to the premises is controlled. In connection with the doubts expressed by politicians that there are people with criminal records among the security guards, Chief Commissioner Nikolay Hadzhiev, director of the General Directorate of the National Police, told BNR that anyone who will have access to the machine warehouse are repeatedly subjected to checks. Only after their reliability is confirmed, are they allowed into the premises.

President Radev begins consultations about formation of Bulgaria's next government

Bulgaria’s President Rumen Radev began consultations with members of the political forces represented at the 45th National Assembly about the formation of new government. "The complicated security environment, the Covid-19 pandemic and the.. 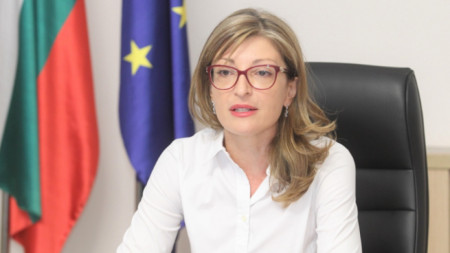 Minister Zaharieva does not expect EU-Russia relations to improve

We want to develop normal relations with Russia and expect the same of this country, Bulgaria’s outgoing Minister of Foreign Affairs Ekaterina Zaharieva said for the BNT. "We stand in solidarity with the Czech Republic and we expect to receive..

418 new cases of Covid-19 have been confirmed in Bulgaria in the past 24 hours out of 4,644 tests performed, indicate data of the Single Coronavirus Information Portal. 9% of the tests have returned positive result.  The highest number of new..