Photo: BGNES
Bulgaria's Ministry of Foreign Affairs has opened a record number of polling stations abroad - 465, despite the difficulties caused by the Covid-19 pandemic and existing restrictions in various countries. This was announced at a briefing by the Secretary General of the Ministry Kalin Anastasov.
He added that the Bulgarian Foreign Ministry had seconded 160 members of its staff, and another 140 staff members will also take part in the elections abroad.
"Out of a total of 2,507 members of election commissions, when we take out 300 of our employees and 500 party proposals, which are in fact also members of the Bulgarian communities abroad, the Ministry of Foreign Affairs is required to propose about 1,700 members of election commissions proposed by our missions, after consultations with Bulgarian communities abroad," Anastasov explained.
Radio Bulgaria News Parliamentary elections in Bulgaria    Bulgarians abroad elections parliamentary elections polling stations 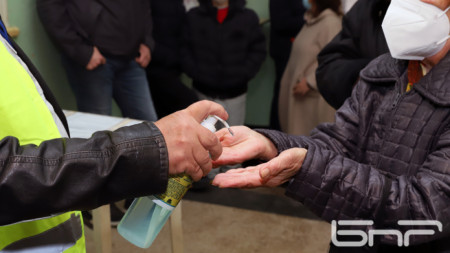