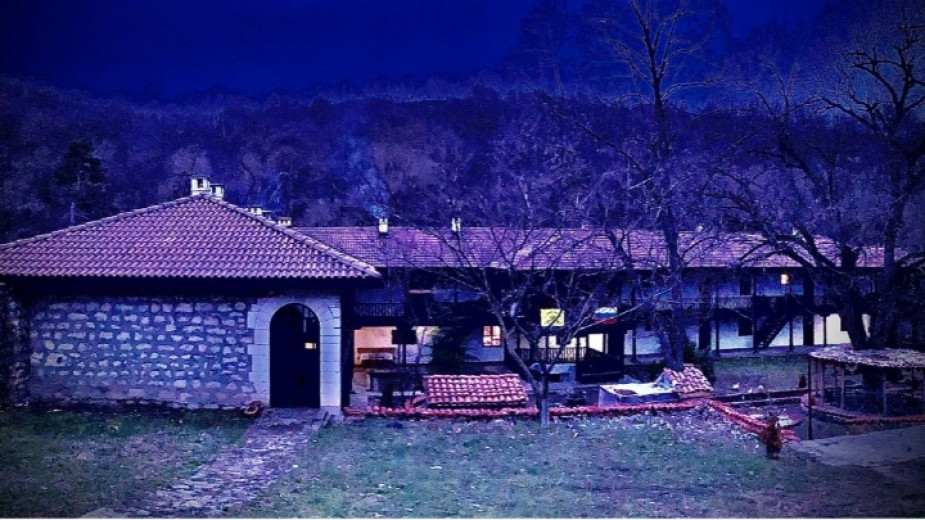 Like most monasteries in Bulgaria, this one also has a long history shrouded in legends and marked by dramatic events.

“St. John the Forerunner” monastery near Gradeshnitsa has nearly 11-century-long history. It was burned and destroyed but has always risen like a phoenix from the ashes. Later it went through the difficult years of state atheism and today it is awake and full of spiritual life. The old monastery is situated in a picturesque region, not far from the village of Gradeshnitsa in northwestern Bulgaria. The monastery complex in its present form dates back to the seventeenth century, but was built on the remains of a much older church from the late tenth century, young hieromonk Spiridon, hegumen of the monastery, has told us. According to written sources, the monastery was once an important spiritual center with a large school where boys from the area were trained, the priest says and adds:

"Unfortunately, the monastery is not one of the famous ones in Bulgaria due to a number of reasons that make me sad as an Orthodox Christian. In the times of socialism it was turned into a goat farm, a place for rest, for entertainment and things that are not suitable for such a holy place. But thank God, with effort and work, we managed to bring the spiritual status of the monastery back and for almost two years it has been functioning as a male monastery with spiritual life and a holy liturgy. Everyone can come, seek advice or help from God through prayer. Whoever wishes can come, spend the night, take part in the holy liturgy and in the services and see what a monastic life devoted to work and prayer is.” A legend about the monastery exists. According to it, during the Ottoman rule,  the place was burned down and the monks were killed. But several brothers managed to hide in the forest and decided to build a wooden hut until they found a suitable place to restore the monastery. After some time high in the sky above their heads, an eagle started circling, clutching a burnt piece of wood from the old monastery in its beak. The eagle dropped the piece of wood and it fell on the present location of the monastery.  That is how the locals built their new monastery on this place. As building material, they used stones from the old Roman fortress, the ruins of which were scattered in the nearby area of Kaleto. To this day, "St. John the Forerunner" monastery keeps evidence of its turbulent history. The grave of one of its main restorers – Hieromonk Artemiy Hilendarski, is situated in the yard.

"He arrived with two other monks from Mount Athos, from the Hilandar Monastery, which was Bulgarian at that time but it is Serbian today," Hieromonk Spiridon says. “He introduced the order of monastic life from Mount Athos here. Artemiy Hilendarski renovated the monastery and the church, built the winter chapel on the second floor and inspired the local population creating respect for the church. He was also famous for his miraculous actions through his prayer. That's why many people came to him for comfort and help.” 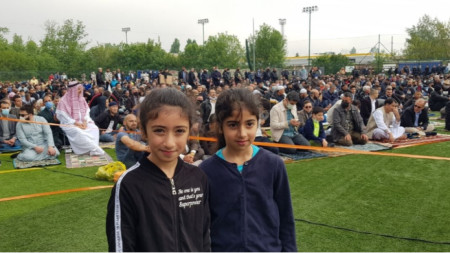 Bulgarians of the Muslim faith are celebrating Ramazan Bayram. The feast lasting three days – 13, 14 and 15 May – is celebrated at the end of the month of forgiveness, a time in which Muslims have fasted for 30 days. Ramazan Bayram begins with..

On May 11, Bulgarians pay homage to Saint Cyril and Saint Methodius

Today the Bulgarian Orthodox Church celebrates the day of the Holy Equal-to-the-Apostles and Illuminators Cyril and Methodius , the creators and distributors of the Slavic alphabet - the Glagolitic alphabet. In recognition of the.. 68 years since restoration of Bulgarian Patriarchate

On May 10, the Bulgarian Orthodox Church celebrates the 68 th anniversary since the restoration of the Bulgarian Patriarchate.  "We went through the atheistic regime like martyrs , under the wise leadership of our deceased father and predecessor.. Bulgarians of the Muslim faith are celebrating Ramazan Bayram. The feast lasting three days – 13, 14 and 15 May – is celebrated at the end of the..