More about generals’ courage and ideals in post-Liberation Bulgaria In order to eliminate the unjust fragmentation of Bulgaria after the Berlin Treaty of 1878, Bulgaria fought in four wars for national unification. Later, placed under Soviet command, it joined the final stages of World War II. Many Bulgarian brave men died on the battlefields and their selfless struggle brought glory to the generals who led the battles.

The first book of the series “Bulgarian Generals 1878-1946. With Dignity and Honor ” tells about 125 officers of the Third Bulgarian Kingdom. Some of them are still known today, while others have sunk into oblivion, but all of them served the homeland in war and peace. Unfortunately, many of the generals who laid the foundations of the Bulgarian army were arrested and killed by the communist regime.

"Taking their names out of undeserved oblivion is important in order to understand what each of them sacrificed in the name of fulfilling the oath of allegiance to the Fatherland and the ideals that remain valid to this day,” Assoc. Prof. Sonya Penkova, author of the book together with Prof. Todor Petrov, says. "We usually know about those generals associated with significant events in military history, but the contribution of many senior military officers outside the battlefield is often forgotten. However, they contributed to establishing the traditions of the army, to the formation of its philosophy and to all the details that create its overall image. Enormous endurance and supreme efforts were invested in the name of Bulgarian national interests. That is what most of these people were doing.”

When it comes to the qualities and professional training of military officers in post-Liberation Bulgaria the author of the book says:

"In addition to the Bulgarian military school, generals graduated from prestigious schools and academies both in Russia and in Western Europe - in Italy, Austria-Hungary, France, Belgium, Germany," Assoc. Prof. Sonya Penkova says. “Many of them also had civic education in the spheres of law, medicine, and technology. These people were very well educated and did not become generals only with military school training. Thanks to their professional training they climbed the ladder of military hierarchy and with their actions on the battlefield showed what they had learned.”

In addition to pursuing purely military careers, the generals of the Third Bulgarian Kingdom were public figures, some became MPs and even headed the National Assembly; others became party leaders and started being involved in political activity. There were also diplomats, heads of enterprises and banks, authors of studies, textbooks, memoirs. But no matter what they did, they were invariably guided by patriotic motives that were part of them from a young age.

"What these generals bequeathed is commitment to the Bulgarian cause and the desire to protect it in every way possible,” Assoc. Prof. Sonya Penkova says. “They were always true to their oath despite the extremely serious cataclysms that their lives went through. Many of these worthy people, who gave a lot to Bulgaria, ended their earthly journey convicted by the People's Court and shot dead. Others were killed without trial or sentence."

The series of books will include the names of over 500 generals, part of Bulgaria's military history from the Liberation to its proclamation as a people's republic. Assoc. Prof. Sonya Penkova hopes that historians would also pay attention to the generals during the times of socialism and the present day. "It would be interesting to see what these parallels would lead to," she adds. 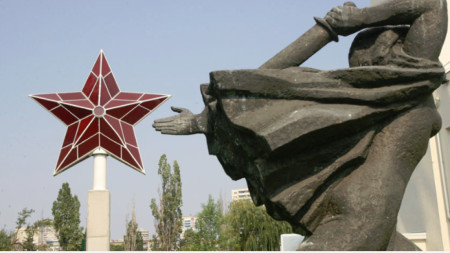