Generations of Bulgarians have grown up with the "eternal" children's films of the 60s and 90s of the 20th century. After a lull of almost 20 years, a revival of children's films started in Bulgaria with the production of several series and films a few years ago. Director Andrey Hadjivasilev has told us more about this "phenomenon":

"Films for the youngest viewers are extremely important and both authors and producers have realized the need to create native art for them. In Bulgaria we face some limits, but I think that we can compete with foreign titles with interesting stories and characters that are close to the Bulgarian children. In addition to entertaining, the films must also be educational and they should be teaching virtues. There is a lack of such films and that is why I dedicated my work to this," the film director points out. The young director sees revival of children's feature films as his personal cause, not only because he likes children's films and finds in them the opportunity for realizing high-quality projects and complementary educational initiatives, but also because he loves working with children.

"It's easier for me to work with children because they are sincere and when a child likes their role, everything becomes very real. The visual culture of the audience has increased dramatically and our films must be competitive in terms of technical quality and plot. A lot of work needs to be done in order to create a strategy that is to support the creation of more films for children.”

Andrey Hadjivasilev says that there are many talented children in Bulgaria and one of them is young actor Martin Paunov. Some call him "the great hope of the Bulgarian stage" and "the boy with great talent". He is only 13, but has already had numerous appearances in commercials, TV series and feature films. He was first spotted at the age of 6 and literally grew up on the stage. In his free time Martin prefers seeing with friends because an actor's life is quite busy – school, photo shoots, rehearsals. The young man is a world vice champion in karate-do. He says that the lack of time creates difficulties, but he has never thought of giving up. In fact, the sport has helped him a lot:

"Karate has given me a great start in acting because I know what discipline is and good motor skills are also an integral part of the acting profession," Martin says. "When it comes to talent, it takes serious efforts to develop it, or at least I have made serious efforts, because otherwise a talent could be destroyed."

Martin Paunov is a big fan of Bulgarian children's feature films from the past and is sure that old children's films will never be forgotten. He wants to play a role in a fantasy film or an action movie and his biggest dream is winning an Oscar. He has many other dreams but does not want to share them all, hoping they would come true. 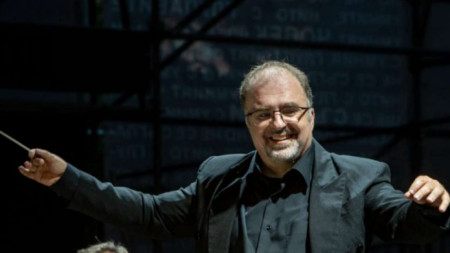 What do classical music, science fiction and the time spent flying have in common? The debut short story collection “Whiff of Angels” was written by the Director of Sofia Philharmonic Nayden Todorov. There are no limits for talented artists and.. A festival in what was once Mesembria, as the ancient Thracians called the sliver of land surrounded by sea, Nessebar of today, takes visitors back thousands of years by re-enacting ancient mysteries and rituals. The programme of the.. “On a string. 1968. A true story” about the Bulgarian heroes of the Prague Spring

At the end of August 1968, the Soviet Union led Warsaw Pact troops in an invasion of Czechoslovakia to crack down reformist trends in Prague. The idea of a freer and more democratic socialism, not only in Czechoslovakia, but also in the..