The MiG-29s are not going to be grounded: Defence Minister

Minister of Defence in the caretaker government Georgi Panayotov denied rumours that the MiG-29 fighter aircraft are going to be grounded after the incident in the Black Sea in which a pilot was killed.

During a meeting with the personnel at Graf Ignatievo airbase, attended by Chief of Defence Admiral Emil Eftimov, Minister Panayotov stated that the fighters are within their life cycle, that they have a maintenance contract and that their exploitation will continue. On their part the pilots asked for more clarity regarding the number of training flight hours.

The search for the black box of the MiG-29 which crashed into the Black Sea has not been resumed yet due to bad weather conditions. PM Stefan Yanev: The prospective government and the caretaker cabinet have similar priorities

“The priorities of the prospective government to a great extent repeat those of the caretaker cabinet,” said caretaker Prime Minister Stefan Yanev who attended the Ilinden festival in Gela village near Smolyan.  He gave as an example the possible.. 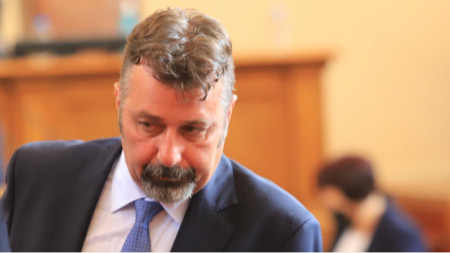 “The prospective cabinet of “There Is such a People” (ITN) party is not going to include ministers from the caretaker cabinet, or from any of the other political forces represented in parliament,” said ITN MP Philip Stanev in an interview for BNT...

346 new Covid-19 cases have been registered in Bulgarian in the past 24 hours out of 22,989 tests performed, a positivity rate of 1.5%, Single Coronavirus Information data show. The highest number of new infections is in Sofia – 96, in..

“What really worries me is why, all of a sudden, after inviting me three times to be part of the previous government nominated by the ITN (“There Is..

Direct weekly flights between Albania and Bulgaria are starting as of 1 August. By 28 August an assessment will be made whether the lines can be..