Are prices going to increase by leaps and bounds this summer? According to the regulatory commission, this is due to the fact that prices of heating depend on the prices of natural gas and oil. The price of natural gas has increased by 70% on the European commodity exchanges since the beginning of 2021 and oil prices went up by 50% on the world commodity exchanges. Moreover, heating prices depend on the carbon emissions whose price also increased significantly. Despite the substantial increase in the price of electricity and heating, experts contend that expenditures such as wage increase, investments in infrastructure, asset depreciation, etc, have not been calculated in the new prices. In other words, consumers may even face tougher times later, explained in an interview for the Bulgarian National Radio Vanya Grigorova, Economic Advisor of the Confederation of Labor “Podkerpa”. In her words, we may witness a steep increase in the prices of basic utilities later in the winter, which may trigger serious social tension.

“We already saw what happened in 2013 - said Vanya Grigorova. She referred to the high electricity bills that triggered a wave of protests across Bulgaria and led to the resignation of the government: We cannot predict whether this would happen again. Several days ago, citizens protested in front of the building of the Energy and Water Regulatory Commission against the expected increase in the prices of gas, heating and electricity and the public discontent may grow in the winter months. In this regard, the next government is going to face huge challenges.”

According to Vanya Grigorova, the prices of basic utilities do not envisage any capital expenditures, which may lead to higher costs and prices in the future. “This has been happening in Bulgaria for many years. We are becoming poorer and poorer, because we are not making capital expenditures. If we don’t make a profit, it is even more necessary to allocate funds for infrastructure. This is the reason why the greatest burden falls on the poor households”, contends Vanya Grigorova. “30% of Bulgarians cannot afford sufficient heating at home. This is the highest share in the European Union, where only 7% of the people declare themselves as unable to afford sufficient heating at home. According to data of the National Statistical Institute (NSI), in the past 10 years energy and heating costs have increased by 42% on average and each Bulgarian household pays an extra EUR 582 per year. Unfortunately, many poor household cannot afford to spend that much money on basic utilities. ”

The higher prices of electricity, natural gas and oil are a prerequisite for a significant increase in the prices of basic foodstuffs. The highest increase was registered in the price of vegetable oil. Its price increased between 0.8% and 8.5% in two weeks and one liter of vegetable oil now costs EUR 1.89. In the beginning of 2021, the vegetable oil cost EUR 1.25 per kilo and in June this year- EUR 1.65.

We are yet to learn the social price of the latest price increase.

Compiled by: Elena Karkalanova (based on interview by Yuliana Kornazheva, Horizont channel of the BNR) 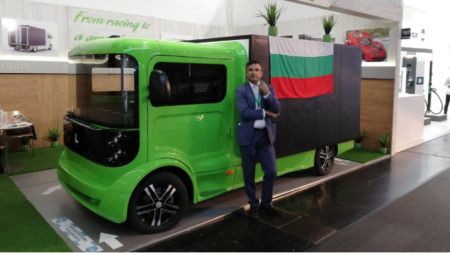 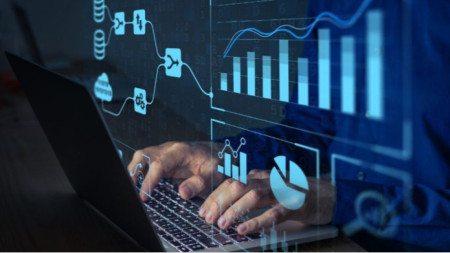 Bulgaria’s software industry is among the few left unaffected by the world pandemic. Quite the opposite – the crisis born of the global spread of coronavirus actually gave an impetus to one of the few Bulgarian industries that are competitive..

We are working on different scenarios for a higher minimum salary: Minister Galab Donev

The minimum monthly salary is expected to increase. Currently, we are working on different scenarios for a higher minimum salary, Bulgaria’s caretaker Minister of Labor and Social Policy Galab Donev said for Nova TV. Galab Donev said he..

We are working on different scenarios for a higher minimum salary: Minister Galab Donev

The minimum monthly salary is expected to increase. Currently, we are working on different scenarios for a higher minimum salary, Bulgaria’s caretaker..

Bulgaria’s software industry is among the few left unaffected by the world pandemic. Quite the opposite – the crisis born of the global spread of..

Bulgarian electric mini-truck? This is no longer a dream, but a reality, assembled with components developed and manufactured in this country. The..