Culinary temptations, a fishing tournament and folklore performances at the festival in Nikopol The residents of Bulgaria’s small town of Nikopol are looking forward to a weekend garnished with a lot of fun initiatives. Over the weekend, the small town on the Danube will host the first festival of its kind entitled "Danube, People, Nature and Traditions". The idea is to boost tourism in the region, as well as to support the local community, for which fishing and agriculture are traditional livelihoods. During the festival, between July 16 and 18, thousands of tourists are expected to visit the town as the organizers promise an eventful program.

It will start with the culinary exhibition with tasting of typical local specialties. "Apart from the traditional “kachamak” for our Danube region, the guests of the festival will get acquainted with the incredible variety of local dishes based on the most common fish species in the Danube River," explains Ralitsa Marinova, secretary of the Napredak Community Centre.

"There will be fish soup, which will be prepared in public and distributed to the people. There will be аWallachian a type of soupfrom Danube bleak (Ostariophysi), there will be “plakia” fish (baked in oil with onions and vegetables), as well as traditional preparation of the so-called Muslim carp (Cyprinus carpio), which is baked in the oven. Guests will also be able to eat Danube bream (Abramis brama), Romanian barbel (Barbus petenyi), fried bleak and, of course, a wide variety of dishes based on Danube sheatfish (Silurus glanis).

The good mood of the guests will be taken care of by the amateur folklore group of the community center "Napredak" in Nikopol, which this year celebrates its 150th anniversary. Visiting folk groups from the neighboring municipalities of Veliko Tarnovo, Pleven and Gulyantsi will also perform on stage. There will also be an opportunity for a boat trip on the Danube to the nearby islands. Special attention in the program of the festival is paid to the preservation of the purity and natural resources of the river. For this purpose, on Friday, local volunteers will clean the beach of Nikopol, which is famous as one of the most beautiful in the Bulgarian valleyof the river. There will also be an educational program for the little ones:

"For the children there will be an interesting presentation on the conservation of fish species in the Danube, because we must continue to work with the next generation to preserve the river. On the last day, a presentation of the conservation significance of the Lower Danube in the area of ​​the nearby Persina Nature Park is also scheduled. The festival will end with a spectacular Vidra fishing championship with the participation of children and adults. There will be many awards and good mood", Ralitsa Marinova promises.

Investing in employees is the key to high-quality customer service

What is the key to success in tourism during a coronavirus pandemic? Many hoteliers failed to find the answer to this question against the backdrop of a constantly changing epidemiological situation. Others, however, thanks to their.. 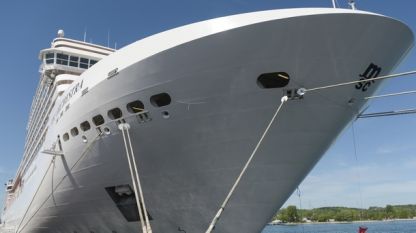 The cruise ship SeaDream II will dock at Burgas’ seaport on 26 September, after a pause in cruise shipping of several years due to geopolitical problems in the Black Sea and the Covid pandemic.   The ship set out on 21 September from Pireas in.. The summer season in Bulgaria in the conditions of pandemic is relatively successful, the Ministry of Tourism reported last week. In the months of June, July and August the number of tourists who have holidayed on the Bulgarian..

Investing in employees is the key to high-quality customer service

What is the key to success in tourism during a coronavirus pandemic? Many hoteliers failed to find the answer to this question against the..