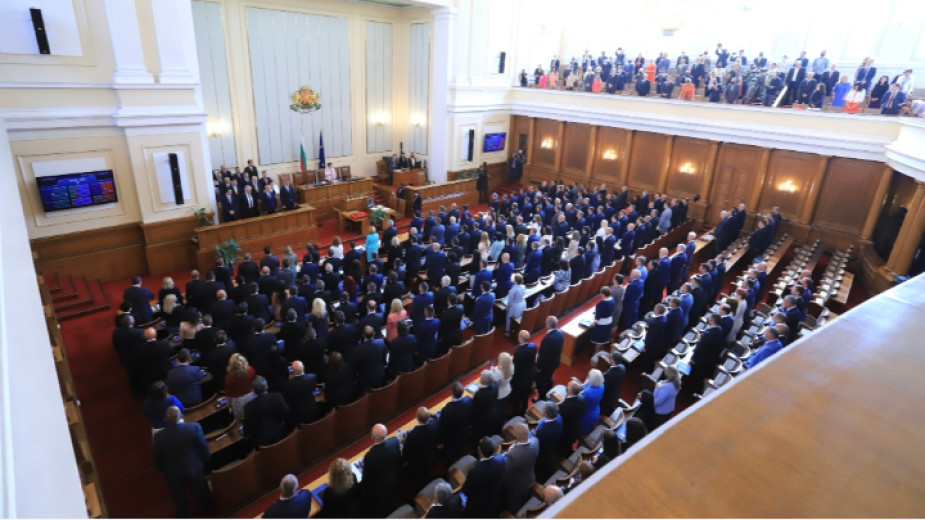 “The sovereign has chosen, and I am relying on his wisdom, let us all work for the dream of this nation – a prosperous Bulgaria.” With these words the most senior Member of Parliament Mika Zaykova inaugurated the 46th National Assembly.

At the formal inaugural sitting, attended by President Rujmen Radev, Vice President Iliana Yotova, Prime Minister Stefan Yanev and cabinet ministers, the MPs were sworn in, taking the oath to observe the constitution and the laws of Bulgaria.

From the presidential rostrum, the second-time doyen of parliament Mika Zaykova stated that at the elections people had stated they wanted a change, that is why the parties of change shoulder great responsibility.

“It is not going to be easy, it is not going to be quick – and that is something all people in Bulgaria should know – but it is possible. This has been demonstrated by our colleagues from the government that functioned up until now. Godspeed, ladies and gentlemen, what I am expecting of you is work.” In his address Toshko Yordanov stated that “There Is Such a People” will nominate a cabinet, and stressed that regarding the directions the country should take his party has no significant differences with most of the other political forces – regarding the prosecutor general, or the judicial reform, or the humiliatingly low pensions.

“We shall nominate a cabinet and shall hold discussions on the policies that should be pursued,” he added. “So that in the coming 14-15 days, provided the declarations made previously for a change in the country not for obtaining government posts are true, then we should have a government that will continue the work started by the caretaker cabinet.”

On behalf of GERB party, which lost the election to ITN, Desislava Atanasova stated that the formation would remain in opposition as it cannot give its support to a “neo-liberal programme with a focus on the privatization of the only state-owned bank, motorway concessions and radical cuts in budgetary spending.”

“We are faced with the possibility of Bulgaria’s being ruled by majorities of interests in which the responsibility for the way the country is governmed will not be borne by the political leadership, and we know, from the recent past, that governments such as this end in disaster.”

“Elections for a third time within such a brief space of time will be a severe trial for Bulgaria,” she stated further. “I would like to reaffirm our decision – that if the first two government-forming mandates fail, and if the President chooses to hand us the third mandate, we shall propose priorities that will serve as foundation stones – transparent discussions of these priorities, composition of a cabinet to which ministers from the caretaker cabinet shall be invited, andguarantees of stability for the state and for the people.”

“We have a corruption model which culminated in the administration of Boyko Borissov, and the solution to this problem will give the answer to the question how we can exit the crisis,” stressed Hristo Ivanov, co-chairman of Democratic Bulgaria.

“We need to demonstrate that there are no people who hold public authority who are irresponsible,” he went on to say. “We need to conduct a judicial reform. Once again Ivan Geshev missed an inauguration of Bulgarian parliament, he doesn’t dare show his face here. I hope this is because he is getting ready to hand in his resignation.”

Maya Manolova from stand “Stand Up BG, We Are Coming!” stated that the political force will guarantee that the “thugs” are never allowed to harass people and businesses ever again.

“At the first sign that in this building someone is substituting the will of the people from the protests, of the ordinary citizens, we shall go back to the streets and the squares of Bulgaria.”

With 137 votes for, one against and 99 abstained, Iva Miteva from ITN (“There Is Such a People”) was once again elected President of parliament. In her address she stated that “we must remember what we have been elected to do and live up to the commitments to the public we have assumed.” On his way into parliament building, President Rumen Radev said that the most important task is to form a regular cabinet and that he would not delay the procedure of handing the political forces a mandate for forming a government. Caretaker Prime Minister Stefan Yanev on his part did not rule out ministers from his government becoming members of the next regular cabinet. 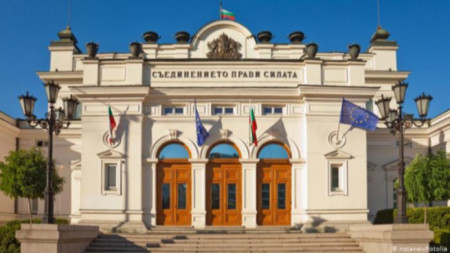 Common ground on some major political issues and courses of action – that is the briefest description of the consultations ITN (There Is Such a..