42 athletes compete for Bulgaria’s glory at the Olympic Games

Today, elite athletes from all over the world will fly the national flags of their homeland to show the indomitability of the Olympic spirit. Although postponed for a year due to the coronavirus pandemic, the Tokyo 2020 Olympics will finally take place.

Two Bulgarians will also take part in the opening ceremony of the Olympic Games. Maria Grozdeva, the winner of five Olympic medals in sport shooting, and swimmer Yosif Miladinov will have the honour to carry the national flag of Bulgaria.

Due to the anti-epidemic measures, the other Bulgarian Olympians will not be able to make the traditional tour of the stadium which will be deprived of the emotional presence of the audience.

In Tokyo, Bulgaria will be represented by only 42 athletes in 14 sports – the smallest number of athletes since World War II. At an official ceremony, President Rumen Radev greeted the Bulgarian Olympic delegation on their departure and presented it with the national flag.

"In the last 18 months, sports, the Olympic movement and your training have been subjected to unprecedented challenges, in which you have shown what sportsmanship and the will to win really mean," the Bulgarian head of state told the athletes. “Achieving the goal of overcoming incredible difficulties, you have become a role model not only for all other athletes, but for society as a whole. You have the honour to defend the rich sports traditions and the Olympic glory of Bulgaria."

The legendary athlete and president of the Bulgarian Olympic Committee, Stefka Kostadinova, also said warm words to the "experienced wrestlers and young talents".

"I want to encourage you and tell you that the Olympics are the cream of every sports career. I want to wish you strength, will, self-confidence as Bulgarians and the change to prove yourself and what you have dreamed of. And since Bulgaria has not heard its anthem performed since 2008, I wish all Bulgarians that this will happen now."

One of Bulgaria’s Olympic hopes is related to rhythmic gymnastics in both the individual and group events. "The girls know that the expectations from them are high and I believe they will live up to them," said the ensemble's head coach Vessela Dimitrova. “They are absolutely ready and healthy and since they will participate in the Olympic Games for the first time, the excitement is great. We have prepared them for everything that awaits them."

Bulgarian judo wrestler Ivaylo Ivanov admits that he has raised his hopes high after losing at the Olympics in Rio, remaining 7th. "This year of procrastination has come in handy," he added. “I'm going for a medal - that's how I'm set up. I know I can beat anyone in my category. I can take what I want, dream and work for.”

"Maybe the games won't be in their full glory and have the same spirit," the athlete suggests. “Until the end, we hoped to have an audience in Tokyo, because in our sport a full stadium has a very positive effect on our performance. But, on the other hand, this will mobilize us, knowing that in Bulgaria everyone will be in front of the screens.”

Only seven athletes will represent Bulgaria in wrestling, a sport which has brought us a total of 69 Olympic medals so far. However, this is the most numerous Bulgarian group in a given sport and our hopes for a medal are also connected with it.

It is an honour that class veterans such as Maria Grozdeva, who will participate in her 7th Olympics in pistol shooting, Ivet Lalova who will run 200 m for the 5th time at the Olympic Stadium, the medalists from world and European championships Stoyka Krasteva, Stanimira Petrova and Daniel Assenov, who will compete in the boxing ring, as well as our champions in other sports, will appear as in a gladiatorial arena - giving their best with the thought of Bulgaria in mind. 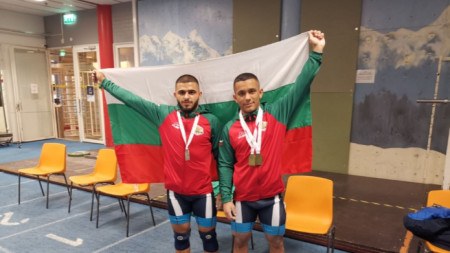 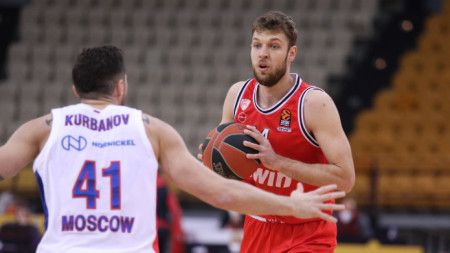 Bulgaria's national basketball team player Aleksandar Vezenkov has signed a new contract with the Greek club Olympiacos until the summer of 2024. The 26-year-old forward has previously met with the presidents of Olympiacos. "Extending my.. Bulgaria's athletes Georgi Stoyanov and Vladimir Kotochev brought the first European title in youth acrobatics for Bulgaria. They won in the youth..