The Museum of History and Archaeology in Elhovo: finds and expositions

Established in 1958, the Museum of History and Archaeology in the town of Elhovo attracts tourists with several standing expositions on show in different buildings. One of them is an exhibition displaying the diverse ethnographic heritage of the Southeastern part of the country. The exhibits include an array of women’s clothing from the region of Elhovo – some of the most colourful female attire in our lands, and a source of pride for the locals. But there are also precious archaeological gems, discovered in Southeastern Bulgaria and along the River Tundzha. One exhibit of particular interest is a copper mold.

“It is dated to the late Bronze Age (14th – 12th BC),” Dobrinka Kostova, chief curator at the museum in Elhovo says in an interview for the BNR’s Hristo Botev channel. “The mold is shaped like a stretched ox hide of exquisite craftsmanship. It is very well preserved. Three other artifacts like it have been discovered in the country, but unlike the others, the shape of the one found in the region of Elhovo is perfectly preserved. It was used as a unit of exchange, a pre-monetary medium. The ingot is frequently displayed at international exhibitions, but is currently in Elhovo, where it can be seen alongside other unique finds.”

The new finds include a box of medical tools to be put on display at the Bulgarian Academy of Sciences’ National Institute of Archaeology with Museum.

“They (the tools) look almost the same as modern-day medical instruments,” Dobrinka Kostova explains. “They are made of bronze and were used to clean wounds and for other kinds of medical procedures. Knowledge of the human anatomy goes back to the dawn of human history. In time, humans started making instruments, using natural remedies, and later – different chemical elements. The medical box in question was discovered in 2008 beneath a burial mound in Borisovo village near Elhovo.”

In Elhovo, the town where Velko Kunev was born, there is a special hall dedicated to the popular actor. In Dobrinka Kostova’s words, it is not the only standing exposition in the actor’s home town. The museum collection offers a glimpse at the life of the renowned actor, loved by generations of people in Bulgaria, a way to remember his numerous exceptional roles.

In mid-September, Dobrinka Kostova goes on to say, the Museum of History and Archaeology will host a temporary exhibition of finds discovered during the excavations at the Thracian-Roman settlement in the village of Stroyno. 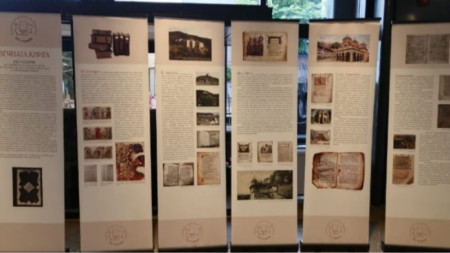