Bulgaria’s software industry is among the few left unaffected by the world pandemic. Quite the opposite – the crisis born of the global spread of coronavirus actually gave an impetus to one of the few Bulgarian industries that are competitive globally.

According to data of the Bulgarian Association of Software Companies (BASSCOM), in 2020 the sector marked a 10% growth in revenues, compared to the 5.5% drop in GDP in the country. Almost 38,000 people were employed in the software sector during this period, their numbers expected to reach 41,667 by the end of 2021. More than 60 software brands have offices on the Bulgarian market, and entrepreneurs from more than 20 different nationalities have been setting up new companies and opening offices in the country despite the crisis, a BASSCOM study shows.

“The most in-demand experts on the market now are Java or JavaScript, as well asPHP specialists,” says Petya Tsvetanova from an HR company working for the IT sector. She says it is the most dynamic sector in the country during this last year of epidemic restrictions.

Almost half of the vacancies now available are for distance work. Not to mention the fact that, on average, the pay is more than three times higher than in any other sector in the country. What are the salaries of IT specialists in this country?

“They vary. Let us say – for junior positions, i.e. for someone who is yet to graduate, the monthly pay may start at 1,700-1,800 Leva but then climbs steeply very quickly. Two years later they could earn a monthly salary of 5,000, depending on the projects and the technologies they are working with. People with plenty of experience over many years – for example, with more than 10 years in the branch – could earn 8,000-10,000 Leva a month.” The Bulgarian IT market displays a curious feature – around 35% of all people employed in it are women.  This puts the country top of the list of EU countries in this indicator which is double the average percentage for the Union. And one more thing – more and more Bulgarians living abroad have been coming back to the country to work in IT. According to BASSCOM data, in some companies their number has reached 10% of all staff.

“Our experts are highly educated and well trained. They are more reliable than the Indian market, for example, where people are finding it more difficult to get the hang of things, and there is prejudice against such markets. Bulgarian experts have one more advantage – we are a member of the EU and they do not need special permits to work in Europe. So that we have a huge potential, and not just because of the country’s geographic location but also because of the level of education and skills obtained,” Petya Tsvetanova says.

Leading international IT companies, which have opened regional offices in Bulgaria, are hiring mostly Bulgarian staff in managerial positions. They are people who have studied here, in this country. i.e. their skills are the result of the Bulgarian system of education.

“They have graduated from Bulgarian universities like the Kliment Ohridski University, or the Technical University of Sofia. These universities train excellent specialists in the sector who readily find employment in this country or abroad,” says Petya Tsvetanova in conclusion.

"The Bulgarian banking sector is stable. The country's accession to the eurozone is a macroeconomic and political catalyst that should not be missed, said  National Bank  Governor  Dimitar Radev before the conference "Banks and Business in Bulgaria.. 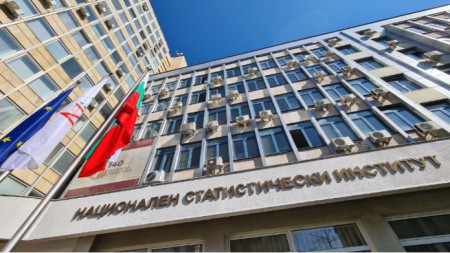