In Bulgarian tradition Dimitrovden, the day of St, Demetrius, is one of the best-loved feast days. Eastern Orthodoxy commemorates St. Demetrius on 26 October. The traditional feast day Dimitrovden, a day connected with the change of season, is celebrated on the same day. It is a day believed to mark the start of winter. In folklore tradition, St. Demetrius is the twin brother of another saint – St. George. Both ride a horse, and both are connected with farming activity – the day of St. George, 6 May, marks the ritual start of work in the field, it is the time when land and herd owners start negotiating with farm-hands and shepherds. On St. Demetrius’ day they are paid and released from duty.

St. Demetrius was born in the 3rd century in Thessaloniki to a Christian family who had to conceal their faith because at the time Christians were brutally persecuted. Demetrius was endowed with exceptional beauty and outstanding qualities. After the death of his father he became mayor, converted to Christianity and started preaching to the people of Thessaloniki. Demetrius died a martyr’s death. A small church was erected in Thessaloniki over his grave, where there now rises a basilica, where the relics of the saint are kept.

In Bulgarian folklore tradition he is protector of the family, helping people from birth till death. The day of St. Demetrius has always been a major feast day in Bulgaria. It was once a day on which the entire family would gather, along with all hired workers and farm-hands. Whole towns and villages would choose St. Demetrius to be their patron saint.

There are numerous folk songs dedicated to this popular saint. One of them is “St. Dimitar is building three churches”, performed by Daniel Spassov and Milen Dimitrov, from their album “The Mystery of the Ritual”. The song tells the story of how the saint, miracle-worker, built three churches – one to baptize in, one to wed people in, and the third – to forgive.

It turns out that the heroic act of Bulgarian Raina Kasabova is known abroad, according to a survey by Radio Bulgaria among its multilingual audience. "The first woman in the world who participated in a military flight was a Bulgarian.. Fishermen in Burgas celebrate St. Nicholas Day for a second time this year

In the fishing village of Chengene Skele near Burgas, fishermen celebrate St. Nicholas Day once again, now according to the Julian calendar. The holiday is celebrated by blessing the boats and throwing wreaths and flowers into the.. 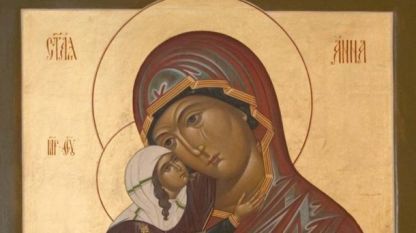 On December 9 the Orthodox Church celebrates the Conception of the Most Holly Theotokos by Saint Anne who is regarded as patron saint of marriage, family, young girls, widows and motherhood. St. Anne and her Husband St. Joachim were married for..

Priests are both God’s servants and shepherds. If they do well, they have a large congregation with a lot of worshippers coming to the temple...