Four new academicians of the Bulgarian Academy of Sciences (BAS) have been elected at a meeting in the academy. One of them is caretaker Minister of Education, Acad. Nikolay Denkov. He was born in 1962 and is a world-renowned chemist. He is ranked among the top 2% of the best scientists in the world according to the ranking of the prestigious Stanford University. He works at Sofia University.

Mathematician Oleg Mushkarov has also become academician. He was born in 1951. He has great contributions in areas such as differential geometry, multidimensional complex analysis and mathematical physics. He works at the Institute of Mathematics and Informatics of BAS.

Nikolay Vitanov, born in 1964 is also among the new academicians. He is a leading scientist in quantum informatics and coherent control of quantum systems. Stanford University places him among the top 2% of the best scientists in the world. He is currently Vice-Rector at Sofia University.

The fourth newly-elected academician is Konstantin Hadzhiivanov. He was born in 1958 and is a world-renowned scientist in the sphere of surface chemistry. He works at the Institute of General and Inorganic Chemistry of the Bulgarian Academy of Sciences. 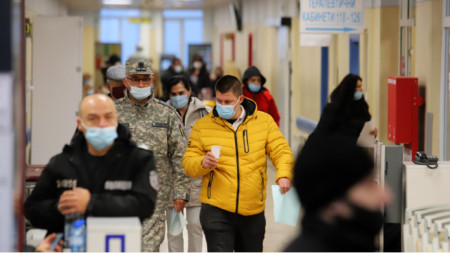 2 , 299 is the number of newly registered coronavirus cases out of 27,694 tests performed in the country in the past day, a positivity rate of 8%. 82% of the new infections are among the unvaccinated, Single Coronavirus Information Portal.. Today’s first plenary session of the new 47 th National Assembly will begin with the hearing of caretaker Minister of Culture Velislav Minekov on the case of Trud newspaper. The editorial office of the newspaper was sealed by the Ministry of.. During the night snowfalls in northwestern regions of the country will continue. Rainfalls are expected in the rest of the country. By the morning precipitation will stop On Wednesday cloudiness will decrease to sunny. There will..