MP Kastriot Rexhepi from the Albanian party Besa, who declared he would support the no confidence motion in the government of the PM of North Macedonia Zoran Zaev, did not turn up in parliament, which meant the quorum fell short by one MP. Kastriot Rexhepi was not answering telephone calls, which even gave rise to speculation he may even be in Bulgaria. On social media he wrote he had been getting powerful signals from strategic partners that in December, there was a high probability the country would be given a date for the start of negotiations for membership of the EU. To muster a quorum of 61, two MPs from VMRO-DPMNE even entered the plenary hall in full protective gear because they were under quarantine.  Parliamentary President Talat Xhaferi declared the session closed, and stated that the government would continue to function in full.

Illegal migrants now comprise 4% of the population of Cyprus

Cyprus has asked the European Commission to stop accepting asylum applications from migrants who have entered the country illegally. The situation demands that emergency measures be taken due to the growing migrant flows, the authorities in Cyprus say. Nicosia is also urging the EU for emergency assistance similar to the decision made with regard to Lithuania and Poland for addressing the migrant crisis along its borders. Urging European solidarity, Cyprus is demanding that Brussels transfer asylum seekers to other member countries or deport them to their countries of birth. 89% of the 10,868 migrants who have entered the country illegally since the beginning of the year, have done so by land, crossing the Green Line from the Turkish part of the island to the north. 70% of them are men who are alone aged 25-40, BNR’s correspondent in Cyprus Branislava Bobanats reports.

Romania wants a stronger American presence in the Black Sea At a press conference in Moscow, Russia’s Foreign Minister Sergey Lavrov stated that the construction of US naval bases in Romania and Bulgaria will violate the 1997 Russia-NATO Founding Act. According to Lavrov, the NATO exercises in the Black Sea aim to strengthen the policy of deterrence towards Russia. From the discussion on security and cooperation in the Black Sea, organized by the American Atlantic Council in Washington, Romanian Foreign Minister Bogdan Aurescu responded: “I have expressed Romania’s readiness to take part in the development of the US strategy in the Black Sea region and have already sent some preliminary ideas. I believe that the American military presence in the region, in terms of strength and technology, should be enhanced, not only in Romanian waters, but also in the southern portion of the Eastern flank,” Romanian TV Digi24 reports.

“The American air base in Alexandroupolis is an indication that Greece has turned into a US outpost,” said Turkish President Recep Erdogan, as quoted by Anadoluagency. “The military bases in Greece are used by USA. There are so many of them they cannot be counted. Greece is, in practice, an outpost of America. Why is this happening? We are asking Biden but there is no answer. Greece’s behavior in the region is wrong,” Recep Erdogan stated at a press conference in Ankara. In his words Turkey, Greece and USA, as members of NATO must agree on this issue. Experts say that the agreement is directed against Russia, but the Greek government says that the American bases will protect the country against a possible attack by Turkey, President Erdogan added.

The prosecutor’s office in Greece is working on information regarding fake vaccination certificates after journalistic investigations showed how easy it is to fake tests and Covid passes. Pharmacists say they are being offered 1,000 euro to issue a document entitling the holder to free movement for the duration of 6 months. Medical staff and suspected brokers of fake documents from Bulgaria and Romania are also under investigation. The publications in the media have even made people in the region of Thessaloniki afraid of Bulgarians and Romanians, BNR’s correspondent Branislava Bobanats reports. 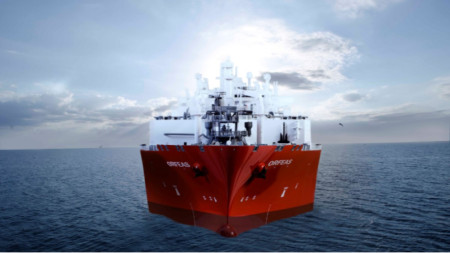 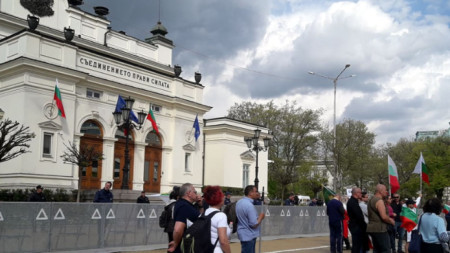