The Valley of the Bells – а cradle of patriotism and knowledge 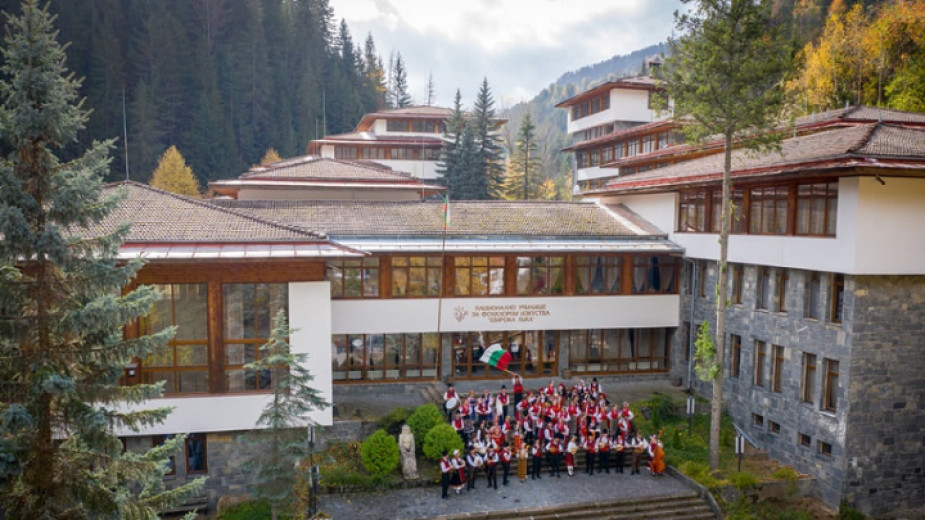 This year, the National School of Folklore Art in the Rhodope village of Shiroka Laka marks its half-century anniversary. With its exceptional specialized education in folk singing, traditional Bulgarian instruments and dances, it has established itself as a centre for training folklore professionals. The various student representative groups: a choir, orchestra, dance troupe, chamber formations, groups for authentic folklore cultivate in the talented graduates the necessary stage behaviour and pave the way for future artistic accomplishments and success in various competitions in Bulgaria and abroad. The specialized and general musical training nurtures talents and skills in the young “discoverers” to search for unknown examples from Bulgaria’s folklore roots, as well as to decipher and perform them. Over the years, the highly qualified teachers with professional music education and solid general background have greatly contributed to the school’s prestige.

“Our ambition is to popularize and preserve the folklore wealth of the various regions of Bulgaria”, says the school principal Stoyanka Tenova. “This is how 50 years ago the Secondary Music School for Folk Instruments and Singing was established in the Valley of the Bells, as Shiroka Laka is poetically called. It was founded on 1 September 1971 and at the beginning it had no facilities of its own, only the courage of a handful of people. The first admission exam was held on 5 September 1971. Prof. Parashkev Hadzhiev, Prof. Manol Todorov, Prof. Assen Diamandiev evaluated the first candidates. The initial period of establishing a regular curriculum was not an easy one. The then principal of the primary school Manol Radichev provided the top floor of new building of the school he ran, thus depriving himself of specialized classrooms, while the director of the Forestry Service Georgi Penelov provided accommodation. Hardly did anyone realizer that they were part of a historic event”. The school quickly gained prestige and attracted children from the region and the whole country. The first teachers were Luzhka Kurteva, Nevena Popova, Maria Radicheva. The first principal Konstantin Shopov left an exceptional legacy, and so did Marko Kurtev, Hristo Traktorski, Stefka Kushleva.

Year after year, with their experience and love, they made our school’s history”, Stoyanka Tenova adds. “In the beginning, our graduates learned from the legendary Rhodope bagpipe players Dafo Trendafilov and Mikhail Kalfov, as well as from the other teachers in specialized subjects. It was then that our students forged the tradition of searching for unknown songs throughout the year, for melodies from their birthplaces and doing fieldwork.” This year, the third edition of the folklore festival “Shiroka Laka sings, plays and dances” was held, which allows talented students to demonstrate their achievements and gives the opportunity to future graduates to get familiar with the school’s accomplishments. “We have many things to be proud of. Every meeting of our students with the alumni is quite moving”, the school principal says.

“All events in 2021-2022 will be held under the auspices of the anniversary. In the coming spring, on 7 May, we plan to hold a gala concert. We are proud of our alumni who have made a career as artists. They have become soloists in folk ensembles, university professors, pedagogues who train our future candidates. I personally chose to come to the Shiroka Laka school 35 years ago and I have been its principal for 25 years now. I am satisfied and inspired by what we do at the school. I come in here with joy every day. I am happy and proud that I work with a team of hardworking, talented and dedicated colleagues.”

We also learned from Ms. Tenova that over the past 50 years a total of 1,342 students have graduated in folk singing, folk instruments and dances, while 389 young people received a diploma for vocational training. The school takes pride in the remarkable achievements of its performers, composers and conductors, among which are Georgi Andreev (Chief Artistic Director of the National Folklore Ensemble “Philip Koutev”), Petyo Krastev (Ensemble “Pirin”), Prof. Kostadin Buradzhiev (teacher and conductor at the Prof. Assen Diamandiev Academy of Music, Dance and Fine Arts in Plovdiv), the kaval player Nedyalko Nedyalkov (winner of a Grammy award), the rebec players Bisser Sokolov and Rossen Genkov from the Folk Orchestra of the BNR, Valeri Dimchev (professor at the South-West University, Blagoevgrad), the bagpipers Petar Yanev, Vassil Bebelekov, Kostadin Atanassov, the singers Maria Koleva, Gergana Dachinova, Sofia Kovacheva and many others. This is a true constellation of talents – a real testimony to the high professionalism of the National School for Folklore Art in Shiroka Laka.