Academician Petko Staynov is among the most prominent Bulgarian composers and public figures. He headed a series of music and cultural institutions. In 1923, he graduated from the Dresden Musical Conservatory. Having returned to his home town of Kazanlak in 1925, he composed his first major work: The Thracian Dances symphonic suite, which later became a national music symbol. Staynov authored the first choral ballads in Bulgaria’s professional music, as well as emblematic choral songs, symphonic suites, poems, etc.

By the age of eleven, Petko Staynov had lost his sight completely. Shortly after, he enrolled the Institute of the Blind in Sofia. He learned to play the flute, the violin and the piano. He studied music, read literature intensively in Braille and made initial attempts at composing.

On December 1, we mark the 125years since the birth of Petko Staynov. The anniversary will be marked with concerts, celebrations and an online scientific conference focused primarily on performing arts- how Petko Staynov’s music sounds today, its place in the repertoire of popular ensembles and the programme of national and international festivals. The overall activity of Petko Gruev Staynov Foundation is also presented, the conference’s moderator Dr. Elisaveta Valchinova-Chendova said and added: “Petko Staynov belongs to the generation of composers who shape Bulgaria’s national music style. He was the first Chairman of the Contemporary Music Association of Bulgarian Composers, founded in 1933. In 1941, he was elected Regular Member (Academician) of the Bulgarian Academy of Sciences. The Institute for Music (later Institute of Musicology) was founded at his initiative. Composer Petko Staynov was also the first Director of the National Opera.”

“The electronic archive is now a reality thanks to the efforts and the considerable work of the Petko Gruev Staynov Foundation and its team. I am also part of this team. The archive consists of digitized musical texts of Staynov’s pieces, a full scope inventory of his work, etc. I must note that it is more difficult to work with this archive, because the composer used the Braille alphabet. Various notes, articles and documents based on the newly discovered sources were printed, including the collection “Petko Staynov in the Memory of Time”, which contains all publications about the celebrated Bulgarian composer”.

The in-depth work with Petko Staynov’s archive consisting of music and word reveals the human qualities that shaped the image of the celebrated Bulgarian artist.

“I enrolled the Institute of Art Studies at the Bulgarian Academy of Science several months after Academician Staynov had left this world, - Professor Chendova recalls. - I had the unique opportunity to be among those who worked with him. I witnessed the admiration and the respect they felt for him. They told me that he always knew when someone was lying to him. He always supported his colleagues and helped people. He managed to overcome and transform the lack of vision. Only a super-intelligent and a gifted person like him is able to do this.” 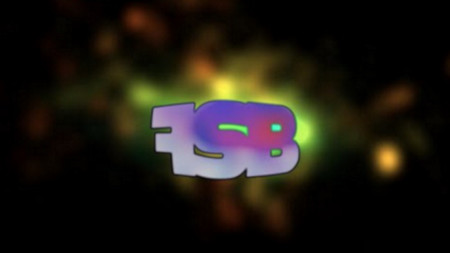