New Bulgarian movie out in cinemas

Director Ivaylo Penchev: I like intelligent humour which talks about the important things 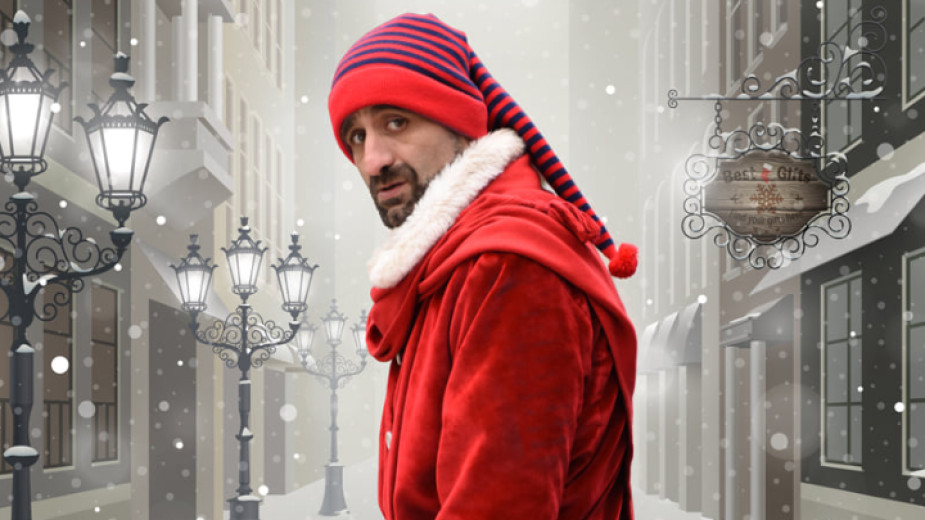 Every premiere of a new Bulgarian movie is a cause for celebration. Our joy is unparalleled when exactly a month before Christmas we can dive into the spirit of the holiday and feel through the big screen the warmth of the most cherished human dreams and desires. This is what one of the few movies on a Christmas theme in Bulgaria’s cinematography, Uncle Claus, promises to offer its spectators.

The film narrative is based on the real human tragedy of two Bulgarian orphans adopted by an American family and abandoned only a week later. However, this true story is but a starting point for the film plot, explains the director Ivaylo Penchev. The movie carries the spirit of Christmas and intertwines the destinies of several characters. In the centre of the plot are a child who dreams of having a family and a man in a Santa Claus costume, who has lost his memory. This is the point of departure for the story told by the director and the screenwriters – both BNR colleagues Vesel Tsankov and Bozhan Petrov – a story that is both funny and sad and in which we can all find a piece of ourselves. “The movie raises serious issues and questions, which viewers can think about and search the answers to – about family, friendship, forgiveness, society’s hypocrisy and more importantly – about love in all its forms. Naturally, there is a happy ending because, after all, this is a Christmas story and I would add – a family story, which is suitable for all ages.”

Proof of this are the many children at the premiere who did not move from their seats, captivated by the movie fairytale. The grownups likened the experience to laughter through tears. Asked whether it is difficult to make a Bulgarian movie about Christmas, Ivaylo Penchev replied with certainty:

“It is difficult, particularly if it is a comedy, because this is the most complex genre. It is much easier to make the audience cry, to scare them with some horror scenes, than to make them laugh. It is the same all over the world.” For Ivaylo, though, laughter should exist only when driven by meaningful things.

“I am against all this clowning in movies, because I prefer intelligent humour through which we convey the important things that are meaningful for us as people.” True to the principle “when something works, don’t change it”, the director has once again chosen actors he has worked with on his two previous projects –

“First of all, I like those actors very much. Second, they are brilliant at what they do. And third, I chose them because I wanted to challenge them for a role they had not played in the theatre. They also enjoy this. We understand each other with very few words – with just a wink or a glance. Each one of them will surprise you, I promise!”

The young Alen Angelov, son of the actor Deyan Angelov, also makes a striking impression in the lead role.

“He is an extremely talented kid. I think he is a future star. Very disciplined, always came very well prepared for filming and was very easy to work with”, says the director.

For the grown-up viewers, Uncle Claus weaves in political satire relevant to present-day realities that all Bulgarians around the world would undoubtedly understand.

“I came back from Germany a few days ago, where we made a big tour with my previous movie Last Call featuring Vasil Banov and Maria Bakalova, and we met many Bulgarians there. We felt a sense of nostalgia in these people who live abroad but have a sincere longing for Bulgaria. Every Bulgarian would understand the satire in Uncle Claus because we witness many political events”, the film director says. Uncle Claus already won the Audience Award at the Golden Rose Festival and the City of Varna Award at the Love is Folly Festival this summer. The director Ivaylo Penchev would wish that the viewers take a look at themselves with a smile and ultimately say, “Life is great!” еspecially on the eve of Christmas!

“Christmas is a wonderful holiday and I would like to wish your audience and all Bulgarians happy holidays filled with many smiles, good luck and… may you believe in Uncle Claus. If we have faith, things will come true!” This is the wish of film director Ivaylo Penchev.