“Caps for the future”: The tale goes on 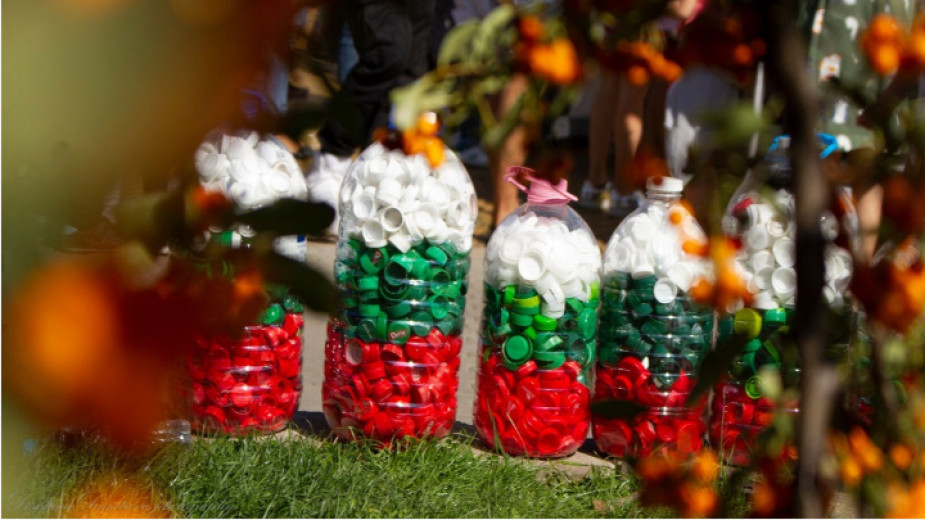 One of the most successful campaigns has been working miracles for four years in Bulgaria. It is called “Caps for the future” because with the help of the plastic rubbish we all throw away – plastic bottle caps – the campaign is trying to make up for the chronic deficiencies in the healthcare system. The small change from the caps is not enough to help all hospitals, so the campaign organizers have targeted it at the hope of the nation – babies.

The aim is to make sure “there is no hospital in which the newest infant incubator is from last century”, the organizers of the campaign say, and add that they are happy that after so much effort and wide-reaching campaigns, the incubators from the 1980s have been “put to rest”. “But the responsibility for this belongs to the government all of these years,” they say. Thanks to each and every person who has helped “Caps for the future”, the doctors in the neonatal wards are now working with equipment that is more modern. The “Caps for the future” team remember seeing a widespread practice in small towns like Madan and Velingrad – transporting premature babies wrapped up in a blanket in the arms of an obstetrician in the back seat of an old car. That was how babies were taken to a different town that has a functioning infant incubator. The campaign for recycling plastics has, fortunately, changed that. “Our results these past four years are more than motivating,” says the “motor” behind the initiative Lazar Radkov:

“In the first two years alone we replaced all old and non-functioning baby incubators in Bulgaria – in 22 hospitals. In 2020 we helped another 14 hospitals in 14 towns to acquire new equipment for their maternity wards. At the end of 2020 we launched a campaign for buying a neonatal ambulance. It turns out the state-run ambulance service did not have a single ambulance of this kind. In October we donated the first ambulance for children in Plovdiv and it is now used for babies in the region of Plovdiv, but also Pazardzhik, Haskovo and Smolyan. The investment in the neonatal ambulance amounted to 200, 000 Leva.

In Sofia there are two such ambulances but they were purchased with the money raised by other fund-raising initiatives. Our next target is to provide another two ambulances – for Northern Bulgaria, we plan to analyze the situation in the rest of the country as well. As a rule, there should be one ambulance for 4 to 6 regions of the country.”

“Caps for the future” should be credited with one more thing – collecting bottle caps has raised awareness among the young in the country of just how much plastic is thrown away. People have been collecting every cap, and many have started avoiding buying plastic. Bulgarians living abroad have also been joining the campaign when they are back in the country.

“I am impressed to see the bottle cap collection points in Bulgaria. When I go back to Bulgaria, and here, in France, I do not buy plastic bottles. My son recently asked me what the caps collected are used for. Children may not know that they can be recycled and used several times over.”