Petlyovden (meaning Rooster Day) is a folk holiday in Bulgaria marked on February 2 and dedicated to the health and fertility of the male offspring of a family. It is celebrated mostly in Eastern Bulgaria - from the region of Dobrudzha to the southernmost regions of the country.

The date coincides with the Orthodox Christian feast of Candlemas (or the Presentation of Jesus in the Temple), also celebrated on February 2 - then the Virgin Mary, in accordance with Jewish law, visited the temple on the 40thday after the birth of the Son of God, went through a ritual purification and sacrificed two turtledoves.

In the Bulgarian folk tradition, a sacrificial offering of a bird was performed on this day - a rooster, and in some villages it had to be necessarily black. In every house where there are boys, the mother had to butcher a rooster on the doorstep. In some villages, this was done by a boy who had not reached sexual maturity, he was called a “petelar” (based on the word “petel” meaning rooster). With the blood of the rooster, the mother would then make the sign of the cross on the boys' foreheads, as well as on the doors of the house. She then boiled the sacrificial bird and distributed it to the neighbours, along with cakes or pieces of pie. The custom is perceived as a celebration of fertility and male virility. This explains the sacrificial killing of a rooster, which in Bulgarian folklore is invested with rich symbolism - it is associated with the sun, the sunrise and the coming of the new day on the one hand. On the other hand, it is the personification of the male principle and the ability to impregnate as well as the female ability to reproduce.

This pagan holiday is still celebrated in Bulgaria to this day, albeit rather as a reminder of the ancient Bulgarian traditions.

You can learn more curious details about the cusomin the publication Folk Studio: Candlemas, Second Trifunets or Rooster from Radio Bulgaria’s Best Collection. 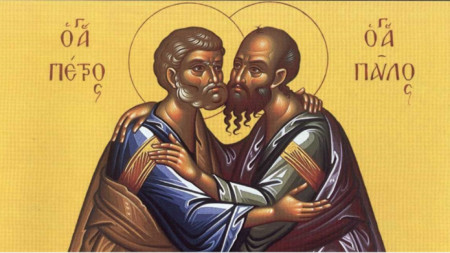 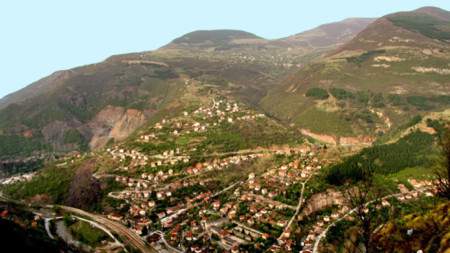 The Day of the Holy Apostles Peter and Paul (Petrovden in Bulgarian) is a holiday much revered by Bulgarians. In Bulgarian folk tradition, it symbolizes..